At Moscow meet, Kremlin softer on Taliban, closer to Pakistan. 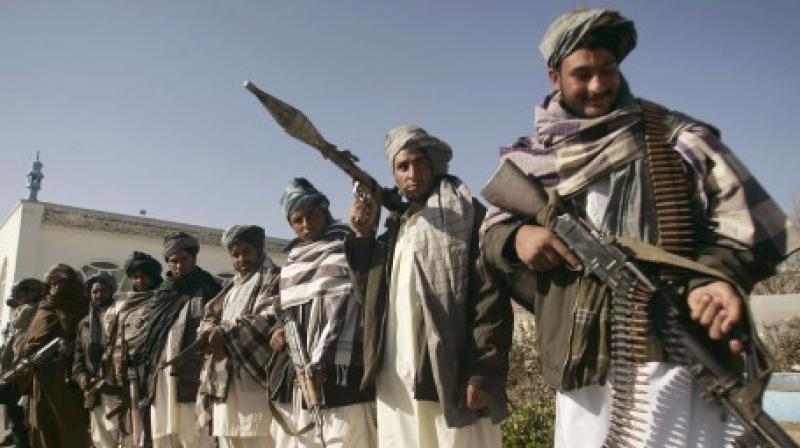 The conference was also attended by the Taliban, of which Pakistan is widely seen as the main backer. (Representational image)

New Delhi: The just-ended Moscow peace conference on Friday on Afghanistan is seen to have led to a further convergence in the positions of host Russia and Pakistan, which will be much to India’s discomfiture. India had participated in a “non-official” capacity at the conference through two distinguished retired diplomats — former Indian ambassador to Afghanistan Amar Sinha and former high commissioner to Pakistan T.C.A. Raghavan. Pakistan had termed India’s participation at the meeting as that of an “observer”. The conference was also attended by the Taliban, of which Pakistan is widely seen as the main backer. The failure of the United States and the Afghan government backed by it to defeat the Taliban militarily has ensured that Pakistan continues to play a prominent role in the Afghan peace process and insist that there can be no military solution.

New Delhi is also worried that the Afghan conflict has been caught up in the current tensions between Russia and the United States. The US is a powerful backer of the Afghan government while Russia is reportedly feeling left out. No wonder then that Russia is seen to have suddenly gone soft on the Afghan Taliban and its main backer Pakistan.

In a statement late Friday evening, Islamabad had said: “The Pakistan delegation (at the conference) also underscored that all stakeholders had a shared responsibility to help create favourable conditions for a result-oriented peace process as there was no military solution to the Afghan issue... All delegations thanked the Government of the Russian Federation for its initiative and the hospitality extended.”

In fact, Pakistan has also claimed credit for the phrase “Afghan-owned, Afghan-led” peace process that it claims was coined by it several years ago. New Delhi had said last week: “India supports all efforts at peace and reconciliation in Afghanistan that will preserve unity and plurality, and bring security, stability and prosperity to the country. India’s consistent policy has been that such efforts should be Afghan-led, Afghan-owned and Afghan-controlled and with the participation of the Government of Afghanistan. Our participation at the meeting will be at the non-official level.” However, India had made it clear it would not hold any talks with the Taliban, which participated in the conference.

Government sources  had told this newspaper earlier that New Delhi’s non-official participation was because Afghanistan too was participating at a non-official level. Kabul is said to be miffed over some of the aspects of the conference and given India’s close relations with the Afghan government, New Delhi took the cue from Kabul. At the same time, India had not been able to ignore the conference since it has a had a decades-long time-tested friendship with host Russia.