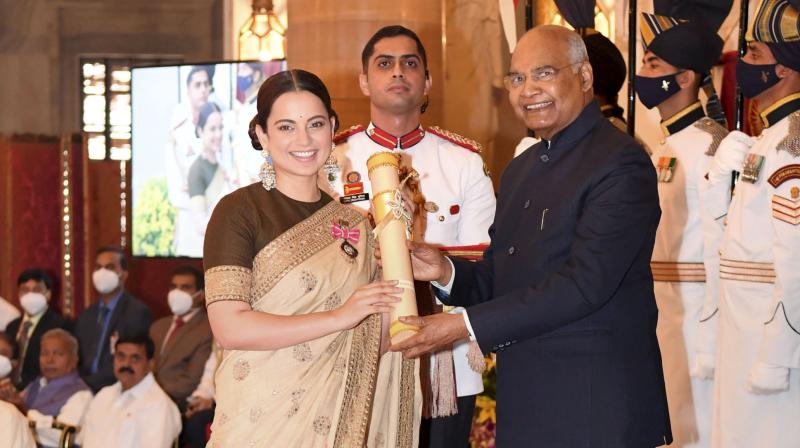 New Delhi: Maharashtra Minister and Nationalist Congress Party (NCP) leader Nawab Malik on Friday demanded that the Centre must withdraw the Padma Shri award from Bollywood actor Kangana Ranaut for her controversial remarks on the country's Independence and sought her immediate arrest.

Addressing a press conference, NCP leader condemned Ranaut's statement that India got real freedom in 2014 and said it seems the Bollywood actor is on a heavy dose of Malana cream, a particular variety of hashish which grows specifically in Himachal Pradesh.

"We strongly condemn actress Kangana Ranaut's statement. She insulted freedom fighters. The Centre must take back the Padma Shri from Kangana and arrest her. Looks like Kangana Ranaut took a heavy dose of Malana Cream before making such a statement," said Maharastra Minister.

He shared the viral video of the actor and said, "Sometimes an insult to Mahatma Gandhi's sacrifice and penance, sometimes respect to his [Mahatma Gandhi's] killer, and now an insult to the sacrifices of lakhs of freedom fighters -- from Shaheed Mangal Pandey to Rani Laxmibai, Bhagat Singh, Chandrashekhar Azad, Netaji Subhash Chandra Bose and more. Should I call this madness or treason?"

The controversy began after Ranaut on Thursday said that India attained freedom in 2014 when the Modi-led government came to power and described the country's Independence in 1947 as "bheek", or alms.

Kangana received the prestigious award by President Ram Nath Kovind at a ceremony hosted at the Rashtrapati Bhavan in the capital on November 8.