India   All India  12 Dec 2016  8 beaten in Chennai theatre for not standing up during national anthem
India, All India

The students also claimed that the assaulters were laughing and cheering at sexist jokes throughout the movie. 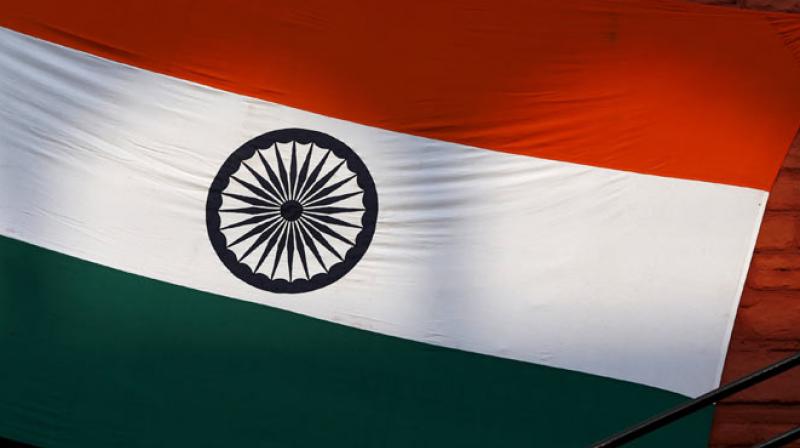 A group 20 people allegedly thrashed eight students inside a cinema hall in Chennai on Sunday for not standing up when the national anthem was being played. (Photo: PTI/Representational)

Chennai: A group 20 people allegedly thrashed eight students inside a cinema hall in Chennai on Sunday for not standing up when the national anthem was being played ahead of the screening of a film.

According to a report in NDTV, the students have been charged with insulting the anthem, a crime that can entail up to three years of imprisonment. But none of the alleged assaulters have been arrested as yet.

Four boys and four girls were allegedly attacked and threatened by the group of people during the 11.30 am show of "Chennai 600028 II".

"During the interval, people sitting behind us were passing lewd remarks and a man, Vijayakumar, grabbed my friend by the collar and threatened to kill him for disrespecting the national anthem," said one of the girl students.

"20 people started beating us and called us names," she said.

The security guards had asked the students to leave the theatre but they refused to do so because Vijayakumar had threatened to thrash them the moment they moved out.

The students also claimed that the assaulters were laughing and cheering at sexist jokes throughout the movie and even manhandled one of their female friends. They, however, left the theatre in the middle of the movie.

Meanwhile, police were also called to the cinema hall. They took the alleged assaulters and students to the police station, where a case was filed against the students on the basis of a complaint by Vijayakumar.

In his complaint, Vijayakumar alleged that the students not only insulted the national anthem but also took selfies and chatted when it was being played.

The Supreme Court on November 30 passed an order making it mandatory for people to stand when the national anthem is playing in movie halls.