ED had earlier in Dec opposed Qureshi's bail plea, saying he could hamper the ongoing probe, after which court had reserved its verdict. 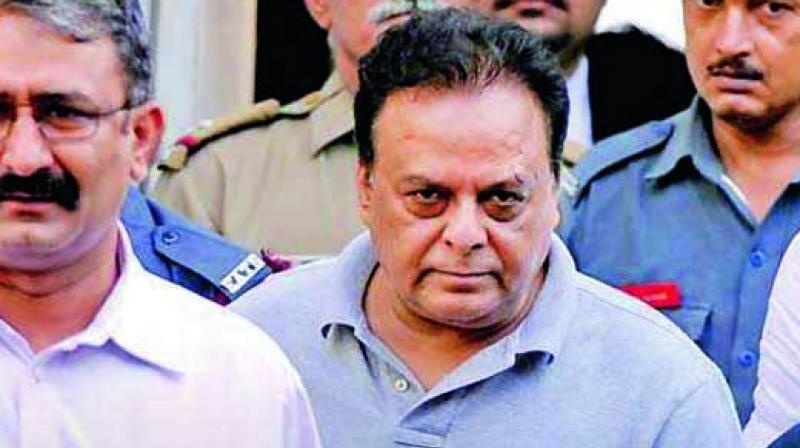 According to the agency, Qureshi was arrested under the provisions of the Prevention of Money Laundering Act (PMLA) as he was 'not cooperating in the probe.' (Photo: file)

Special judge Arun Bharadwaj, who had reserved the order on Qureshi's application on December 4, gave him the relief on a personal bond of Rs 2 lakh and a surety of a like amount.

The Enforcement Directorate (ED) had earlier in December opposed the bail plea of Qureshi, saying he could hamper the ongoing investigation, after which the court had reserved its verdict.

ED special counsel N K Matta had alleged that Qureshi, arrested on August 25, should not be granted the relief as the allegations levelled against him were grave and there were chances that he may flee from justice if enlarged on bail.

In his bail application, the accused had told the court that no purpose would be served by keeping him in further custody. He had said that the probe in the case was over and he was not required further by the ED.

The ED had earlier claimed in the court that "the witnesses have confirmed in their statements that they have delivered crores of rupees for Qureshi and his associates through his employees...."

According to the agency, Qureshi was arrested under the provisions of the Prevention of Money Laundering Act (PMLA) as he was "not cooperating in the probe.”