The inquiry commission will be headed by former SC judge VS Sirpurkar and a deadline of six months has been set. 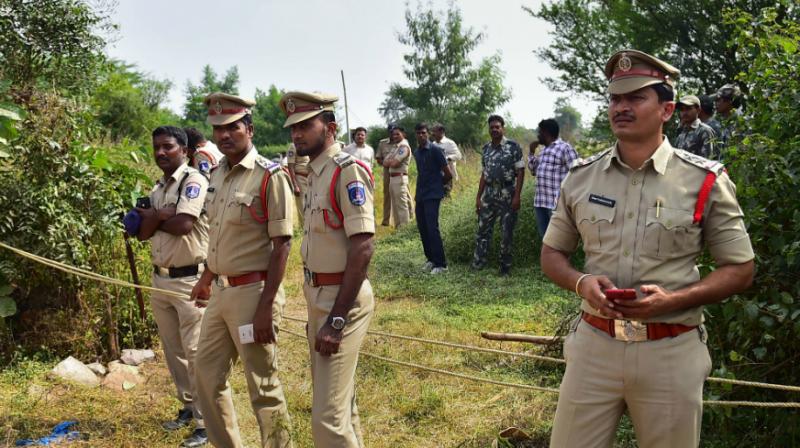 New Delhi: The Supreme Court on Thursday said there should be an "impartial inquiry" into the encounter killings of the four men accused in the gangrape and murder of a veterinarian in Telangana.

The inquiry commission will be headed by former top court judge VS Sirpurkar and a deadline of six months has been set to complete the inquiry.

"We are of the considered view that there should be impartial inquiry into the encounter deaths of the four people accused in the gangrape and murder of a veterinarian in Telangana," the bench, also comprising Justices S A Nazeer and Sanjiv Khanna, said. There are "aspects of your (Telangana) version which needed an inquiry", it observed.

Earlier, the state told the apex court that there was no doubt about the identity of the four men. “The four were identified through CCTV cameras. One was riding a bike and one bought petrol to burn the victim,” the state said.

It added that the accused were taken in the wee hours of the morning to ward off riotous situations “because people were very angry”.

“They tried to snatch revolvers. The accused fired and attacked cops. Three cops were injured and there was retaliatory fire by cops,” the state said.

Calling for an impartial inquiry, the SC asked the Telangana government about medical reports of the policemen and the accused and forensic reports of the cartridges.