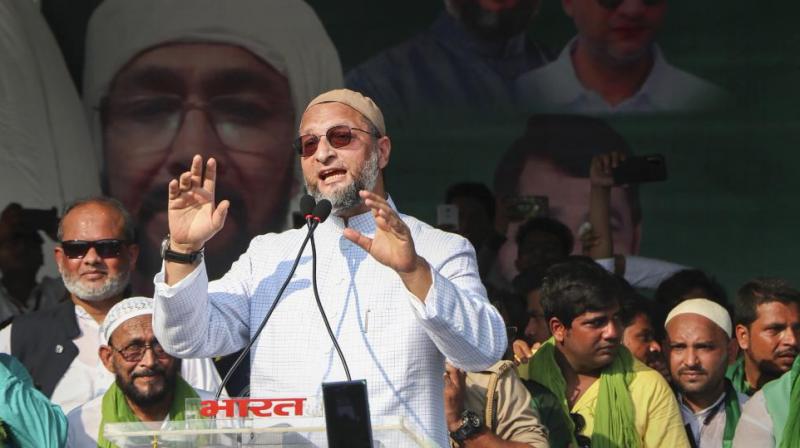 The AIMIM had organised the rally for various demands like the implementation of Muslim reservations in the state, the use of Waqf board lands. (PTI)

Mumbai: AIMIM chief Asaduddin Owaisi has accused the Maha Vikas Aghadi government in Maharashtra saying it was turning a blind eye towards a demand for a reservation for the Muslim community.

"Reservation is the right of the Muslim community and it is the only way to ensure its development," he said while addressing a rally at Chandivali in Mumbai on Saturday.

Despite Mumbai police commissioner banning the permission due to the omicron threat in the city, Mr Owaisi held the rally. He mocked the MVA government asking whether it would ban if (Congress leader) Rahul Gandhi held the rally.

Muslims have been lagging behind the Maratha community in the state in several sections like jobs, education, employment etc. If reservation is given, the community will make rapid progress, he said.

The Triranga Yatra launched by the AIMIM from Aurangabad concluded in Mumbai. Citing Covid-19 pandemic situation, the Mumbai police had denied a permission to hold a public rally in the city.

Earlier, speaking in Pimpri-Chinchwad during the rally, AIMIM MP Imtiyaz Jaleel slammed the MVA government for creating hurdles in the rally. "The Congress and the NCP used the Muslim community only as a votebank. The NCP perceives the AIMIM as a threat to its vote bank and it is trying to obstruct the rally," he said.

The rally, led by Mr Jaleel, was also halted by police at Ahmednagar, leading to protests by AIMIM workers. Later, it was allowed to proceed under the condition that it will not obstruct the traffic and be conducted in a peaceful manner.

Home minister Dilip Walse-Patil said that public rallies are not allowed in the city as the Mumbai police commissioner has announced a ban on congregation of people due to the rising omicron threat. "Such things need to be avoided keeping in mind the omicron threat and some recent law and order problems in the state. However, the fint decision on whether to allow the rally will be taken by the police," he added.

The AIMIM had organised the rally for various demands like the implementation of Muslim reservations in the state, the use of Waqf board lands and other issues related to the community.