India   All India  13 Jan 2017  Boon or bane? With Cong rebels in fold, problem of plenty for BJP in U'khand
India, All India

Boon or bane? With Cong rebels in fold, problem of plenty for BJP in U'khand

If the influx of 10 Congress leaders was at one time seen as a shot in the arm for BJP ahead of the polls, it is as much a cause for worry. 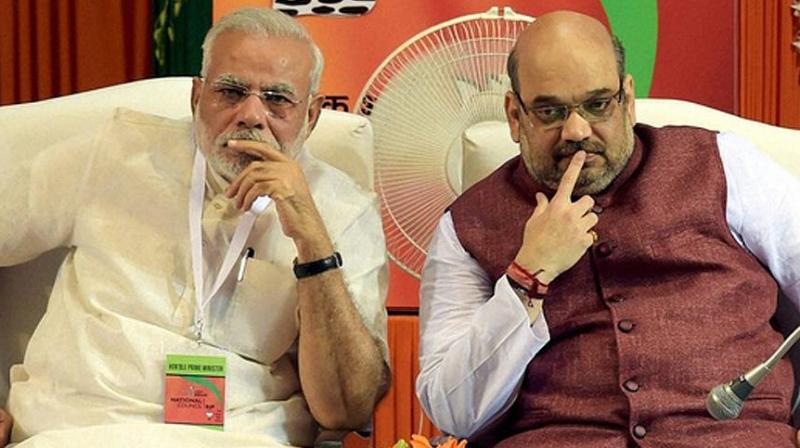 Roorkee, Kedarnath, Lansdowne and Narendra Nagar are among half-a-dozen seats where making the choice of a candidate would not be easy for BJP. (Photo: PTI)

Dehradun: With as many as 10 Congress rebels inducted into the party, BJP could face the problem of plenty in Uttarakhand in smooth distribution of tickets for the Assembly polls among the many aspirants, sources said.

If the influx of 10 influential Congress leaders into the party was at one time seen as a shot in the arm for the BJP ahead of the polls, it is as much a cause for worry for the party currently grappling with the issue of finalising candidates for the February 15 Assembly election.

With the Congress rebels wielding considerable influence in their constituencies expecting to be suitably rewarded for joining hands with the BJP, the party faces the challenge of rising to their expectations and at the same time not disappointing its loyal cadres, they said.

Fielding all Congress rebels from seats of their choice may cause resentment among old party hands who may have nursed those constituencies all these years in the hope of getting a ticket.

Denial of a ticket may cause them to either enter the fray as independents or secretly work to ensure defeat of the party's official nominees, the sources said.

Roorkee, Kedarnath, Lansdowne and Narendra Nagar are among half-a-dozen seats where making the choice of a candidate would not be easy for BJP, they claimed.

If Congress rebel and sitting MLA Pradeep Batra is aspiring for a BJP ticket from Roorkee, Sureshchand Jain of BJP who lost to Batra by a thin margin of about 800 votes is another contender for the seat disappointing whom will be difficult for BJP.

With Rudraprayag MLA Harak Singh Rawat keen to contest from Lansdowne this time around, BJP may have to give him the ticket at the risk of displeasing its own sitting MLA from the seat Dilip Singh Rawat.

Similarly the party has to choose between rebel Congress MLA Shailarani Rawat and the party's very own Asha Nautiyal in Kedarnath who is a strong contender for the seat.