India   All India  13 Jan 2017  Congress rules out total prohibition in Punjab if voted to power
India, All India

Congress rules out total prohibition in Punjab if voted to power

Amarinder Singh, who served as Punjab CM for 5 years, said his government would crack down on illicit liquor trade and liquor mafia. 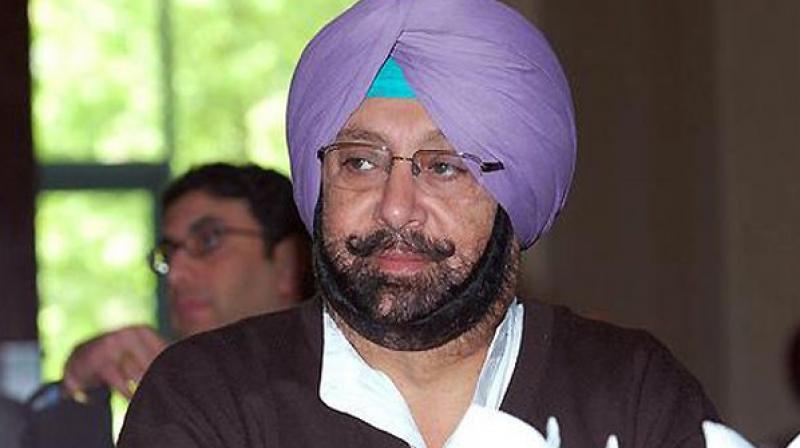 Raikot (Punjab): Congress' Punjab unit president Amarinder Singh on Friday ruled out total liquor prohibition, if voted to power, saying excise was the only major source of income for Punjab.

However, Singh, who served as Punjab CM from February 2002 to March 2007, said his government would crack down on the illicit liquor trade and liquor mafia "flourishing" in the state under the Badal regime.

Stating this after a public rally, he reiterated his party's commitment to the revival of industry in Punjab, saying a land pool would be created to provide land at affordable rate for the promotion of industry.

Singh made it clear that his promise to give one job per family was "sacrosanct" and the 15-20 lakh jobs needed for the purpose could be arranged through revival of industry.

He recalled that during his previous tenure as CM, he had come out with mega schemes to generate 20 lakh jobs, which the Badals had "scuttled" on coming to power in the state.

He reaffirmed that all contractual employees would be regularised by the Congress after coming to power, which would also continue with all the ongoing welfare schemes for the people.

In response to a question, Singh said the candidates had enough time for campaigning despite some delay in ticket allocation.

Asked about the opposition to the candidature of Kamaljit Singh Karwal from Atam Nagar, Singh said he was the most suitable and winnable candidate to give fight to Bains, to whom he had been political advisor.

All 117 assembly constituencies in Punjab would go to polls on February 4, results of which would be out on March.