The Election Commission said it did not find the MP’s reply satisfactory. 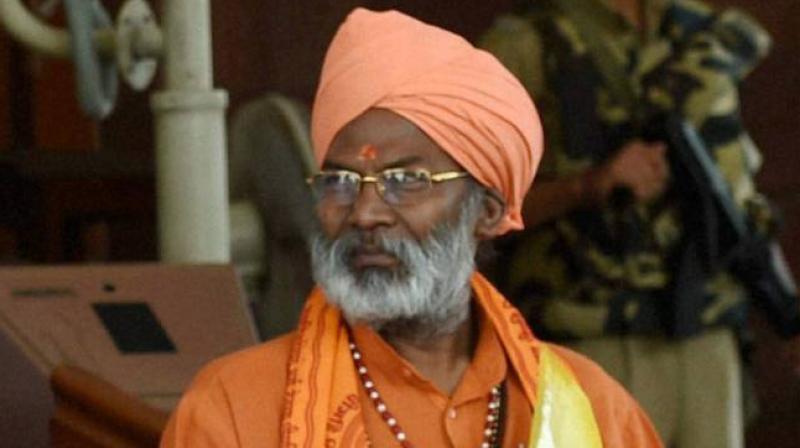 New Delhi: BJP MP Sakshi Maharaj, who made the controversial remark blaming Muslims for the country’s population growth, was on Thursday censured by the Election Commission and given a warning that stern action would be taken against him if he violates the model code again.

The BJP MP’s remarks, at a “sant sammelan” in Meerut last week, had come days after the Supreme Court ruled that political parties and candidates can’t seek votes in the name of religion or caste.

The EC had issued a notice to the Unnao MP on Tuesday to which he had replied back.

The poll watchdog, however, said it did not find the MP’s reply satisfactory “because in the commission’s considered view, supported by observations of the Supreme Court, any statement to the effect of promoting enmity between different classes of society in connection with election on the grounds of religion made during electioneering or otherwise is violative of MCC”.

The model code of conduct (MCC) came into force on January 4 when the commission announced schedule for the Assembly polls in UP, Uttarakhand, Punjab, Manipur and Goa.

Sakshi Maharaj had told the EC that the statement was not made in a public or an election meeting but at a saints’ conclave and hence could not be considered violative of the model code.

“Now, therefore, the EC hereby, censures you for violating the MCC and Supreme Court decision... And expects that you, being a reputed political leader/MP, shall be more circumspect in your public utterances during election time.”

“You may also take a note that in case of any violation of the MCC in future, the commission shall take stern actions against you, using all powers available to it,” the EC order said.