Noting that women are present in combat arms of the army, Rawat said there are no toilet facilities when they go out on patrol. 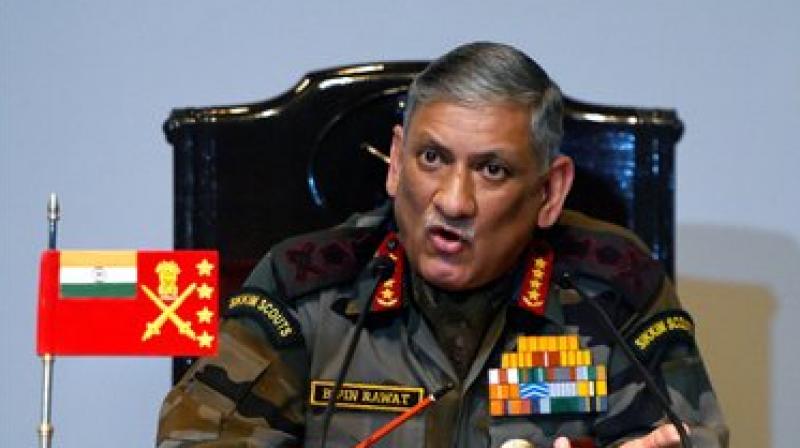 New Delhi: Asserting that equal opportunity brings equal responsibility, Army Chief General Bipin Rawat on Friday said it's up to women to decide if they they are willing to join men in frontline combat role without separate and additional facilities.

He mentioned that when out on tanks, the men sleep under the tank during the night with no separate facility.

Noting that women are present in combat arms of the army except on the the frontlines, General Rawat reminded that there are no toilet facilities when they go out on patrol.

"You have to see society as whole. I have said that if we induct women into combat role, they will have to share equal responsibility like their male counterparts because equal opportunity must come with equal responsibility. Which means that they will have to perform exactly the same task," he said addressing his first annual conference in New Delhi after taking over as Chief of Army Staff on December 31.

Giving the example of soldiers in tanks, he said there is a unit of three personnel in each of them and when they go out, or are in a combat, they just sleep under the tank.

"The three men crew have a stove. They cook and sleep under that tank. That is how they do," he said, adding there is no toilet facility or separate accommodation given to them.

"So, if all three in the tank, if it is one woman or two women and a male, if they are all willing to sleep under the tank and if the women folk are willing to accept it....," he said citing another example.

He said patrol can be for 20-25 days and the longest one to the border was in Arunachal Pradesh for 35 days.

"Now at night, when you halt, all that happens is a bluesheet is pulled out and everybody sleeps under it together.

He said rather than thrusting it down, one has to look at the society and think.

While women are inducted into the Corps of Engineers and Signals, they have been left out of the Infantry, Armoured Corps and Mechanised Infantry.

The Air Force has already inducted women into the combat role but are not likely to post them at forward bases.

The navy has allowed women to fly all aircraft not operating from an aircraft carrier since they don't have separate facilities on board as of now. However, future ships are being designed keeping in mind that women may join them on board.