The MiG-21 is the oldest fighter fleet in the IAF inventory. 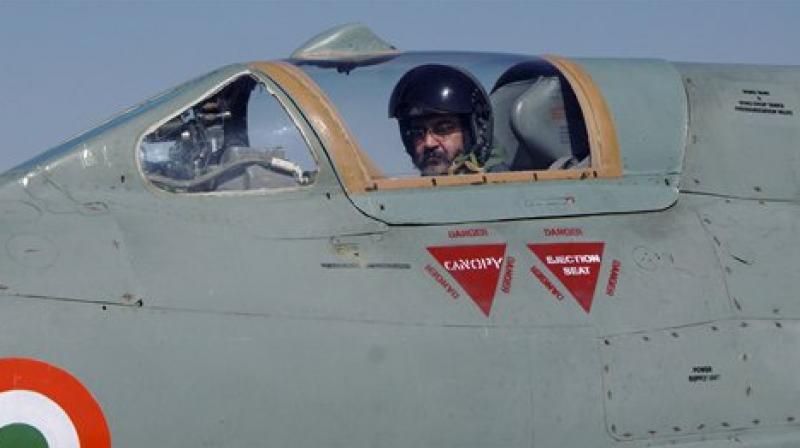 Chief of the Air Staff, Air Chief Marshal BS Dhanoa before a MiG-21 sortie at the Forward Base in Barmer, Rajasthan. (Photo: PTI)

Barmer: Air Chief Marshal BS Dhanoa, who was on a visit to a forward base in Utarlai in Rajasthan, on Thursday flew solo in a MiG-21 'Type-96' aircraft, his first such flight after taking charge of the force.

It is also rare for an Air Force Chief to fly solo.

Dhanoa flew the same type of aircraft during Kargil Operations and carried out many night strike missions in the mountainous terrain. He was awarded Yudh Sewa Medal.

The MiG-21 is the oldest fighter fleet in the IAF inventory.

Dhanoa, who is visiting the forward air base in the western sector from January 12 to 14, will assess operational readiness and review the morale of the personnel stationed there.