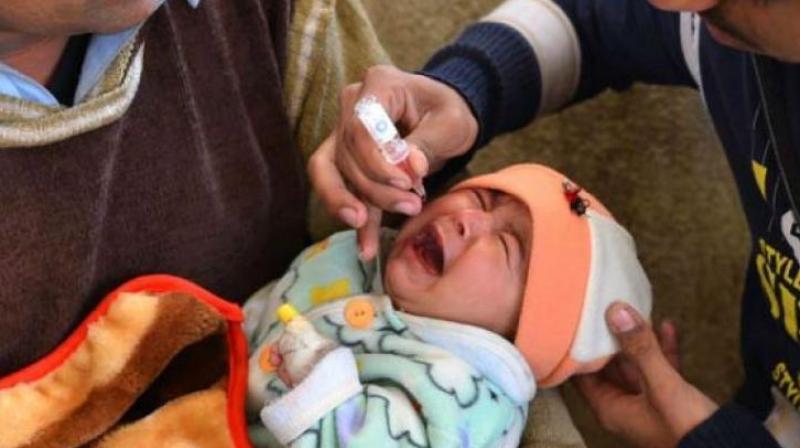 To deal with the IPV crisis, other countries in the WHO South-East Asia too have started opting to use fractional doses of IPV.

New Delhi: Reeling under the success by eliminating wild polio virus from the country, India is in no mood to lose the gains. Amid a global shortage of injectable inactivated polio vaccine (IPV), India has become the first country globally to introduce fractional doses of IPV in its childhood immunisation programme to overcome shortage of vaccines.

Senior officials in the health ministry disclosed that anticipating vaccine crisis, India changed its strategy and handled the shortage of vaccine by introducing fractional doses and evidence-based intervention that not only ensures continued protection of children against all types of polioviruses, but also helps save vaccine. One fractional dose is one-fifth of a full dose.

Significantly, most states in India have switched over to new regimen and some others like Delhi and states in northeast are on the verge of shifting to fractional doses. The children are, therefore, now given one fifth of a dose at one time, which is at sixth week and the remaining at the 14th week.

The decision to switch the strategy was taken by the government following the advice of India Expert Advisory group (IEAG), which consists of experts from both India and abroad.

“We handled everything well on time. We anticipated the vaccine shortage and made correct moves. The advisory group recommended for using fractional doses. There were studies that backed the recommendation and we went ahead with it. The situation is such that we don’t have any crisis of vaccine. There are some states that are on the verge of switching over to the new regimen, while the others have already adopted the new dosage regimen,” an official said.

India introduced IPV as part of global polio endgame strategy. The vaccine was introduced to prevent re-emergency of polio.

To deal with the IPV crisis, other countries in the WHO South-East Asia too have started opting to use fractional doses of IPV. Lauding the efforts by India, Dr Poonam Khetrapal Singh, WHO regional director for South East Asia, said. “India has become the first country globally to introduce fractional doses of IPV in childhood immunisation programme. The initiative is now being scaled up nationwide.

As per the WHO, studies have confirmed that two fractional doses of IPV, given twice to infants —  first at the age of six weeks and then at 14 weeks — provide the same protection against all polioviruses as does one full dose of IPV. “By using fractional IPV, countries are saving vaccine and vaccine cost, without compromising on the protection that the vaccine provides to children against polio,” Dr Singh added.