India however, rejected the claims, and clarified that there were no 30 casualties, but instead it was 3 labourers who died in the attack. 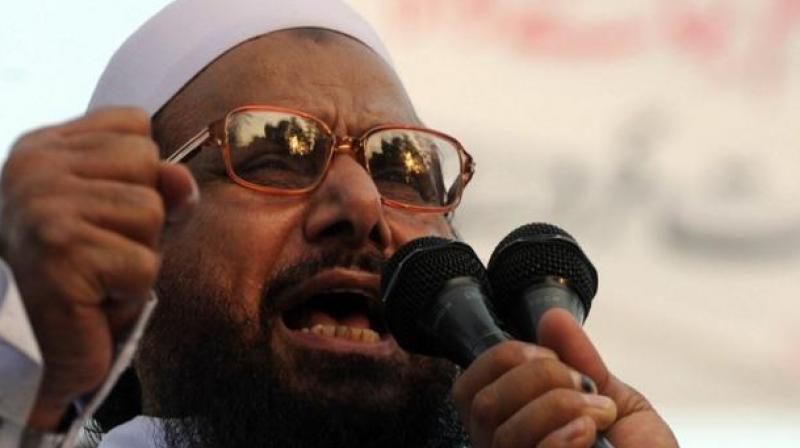 New Delhi: In a gross exaggeration of facts, JuD leader and 26/11 Mumbai terror attack mastermind Hafiz Saeed, claimed on tape that four Pakistanis crossed over the LoC, and struck an army camp at Akhnoor, killing at least 30 soldiers.

India however, rejected the claims, and clarified that there were no 30 casualties, but instead it was three labourers who lost their lives in the attack.

According to a report in NDTV, Saeed was addressing a meeting of JuD cadre at Muzzafarbad in Pakistan Occupied Kashmir when he made these claims.

Making tall claims of the casualties inflicted on the Indian Army, Saeed reportedly said to resounding cheers in the background, "Four young men, day before yesterday... entered the camp at Akhnoor, Jammu. I am talking about now...it's not some past event, it happened two days ago... four young men entered the army camp, wiped out soldiers in 10 camps and returned safe, without even a scratch. This is a surgical strike.”

The alleged terror strike that Saeed was referring to is understood to be the Akhnoor terror strike, where four terrorists attacked a General Reserve Engineer Force (GREF) camp just 2 km from the International Border, killing three labourers present in the camp.

Declaiming the surgical strike conducted by the Indian Army in PoK terror pads as a lie, he added, “you have given an opportunity and we mujahideen will tell you what is a surgical strike...I am telling you about the strike carried out two days ago, in a place like Jammu where they say nobody dares to enter. Four mujahid entered the camp, cleaned up 10 rooms and killed 30 soldiers. They destroyed the camp, burnt it and all four came back safely.”