India   All India  13 Jan 2017  Mentally ill woman from West Bengal who crossed over to PoK sent back with sweets, gift packs
India, All India

Mentally ill woman from West Bengal who crossed over to PoK sent back with sweets, gift packs

The mentally challenged woman has since been admitted to Srinagar’s Government-run Psychiatric Diseases Hospital. 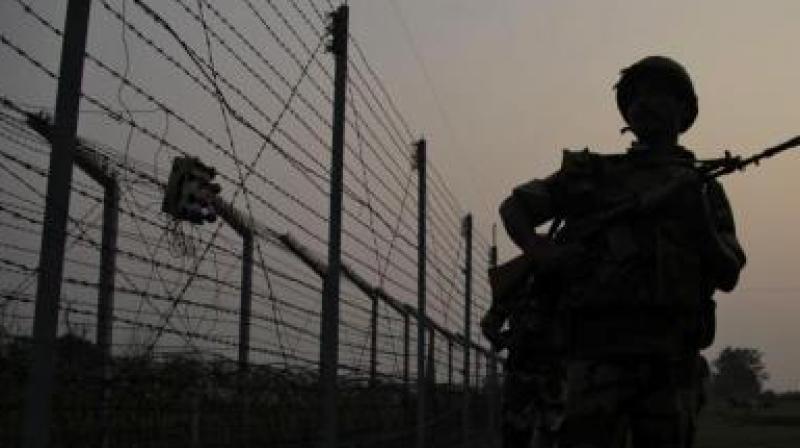 Srinagar: The Pakistan Army, earlier this week, sent a 55-year-old woman from West Bengal who had crossed over to PoK in October last year, back to Jammu and Kashmir with sweets, clothes and other gift packs.

The authorities in Uri said that Pakistan Army officials handed the woman, who is suffering from mental retardation (MR), over to their counterparts in India at Kaman Post, the crossing point about 120-m northwest of Srinagar on Wednesday.

“After informing the Army authorities using the hotline, the Pakistani officials walked through Aman Sethu (Peace Bridge which connects the two parts of Kashmir) at the Line of Control (LoC) and handed the woman over to them,” said a government official posted at Uri.

The woman he could not identify by name had inadvertently crossed to the other side of the de facto border days after the Indian Army carried out surgical strikes against alleged terror structure in PoK giving birth to new tensions and lowest point in relations between the two countries.

The Indian action came in retaliation to a terror attack at an Army base in Uri in which 20 soldier were killed on September 18, 2016.

The mentally challenged woman has since been admitted to Srinagar’s Government-run Psychiatric Diseases Hospital. “All she could tell is (that) she is from (West) Bengal but does not remember where in that State. Also, because of her mental illness she was unable to speak with confidence and give out other personal details,” the official said.

The Army in Uri confirmed that its area commander was contacted by his Pakistani counterpart through hotline on Wednesday morning about the woman and her mental condition and said that they are sending her back and would like to hand her over to them (Indian Army officials) at the Kaman Post.

Soon after the brief meeting at the crossing-point, the woman was handed over to the Jammu and Kashmir police officials by the Army.

SSP Baramulla Imtiyaz Hussain confirmed it saying that the woman was carrying with her sweets, news clothes and other gift packs given to her by the Pakistan Army and PoK authorities. He added that the woman had been spotted by the locals of Uri during summer (2016) months engaged in rag-picking.

“With the onset of summer, a large number of seasonal labourers including rag pickers arrive in and around Uri and return home by November,” said another police officer.

The police also said that the woman was sent to the Srinagar hospital for receiving treatment after obtaining formal permission from a local court.