India   All India  13 Jan 2018  MP: Farmer commits suicide, had written to PM for nod to euthanasia
India, All India

MP: Farmer commits suicide, had written to PM for nod to euthanasia

The farmer blamed 5 private money lenders for his extreme step in a video recorded on his mobile phone before his death. 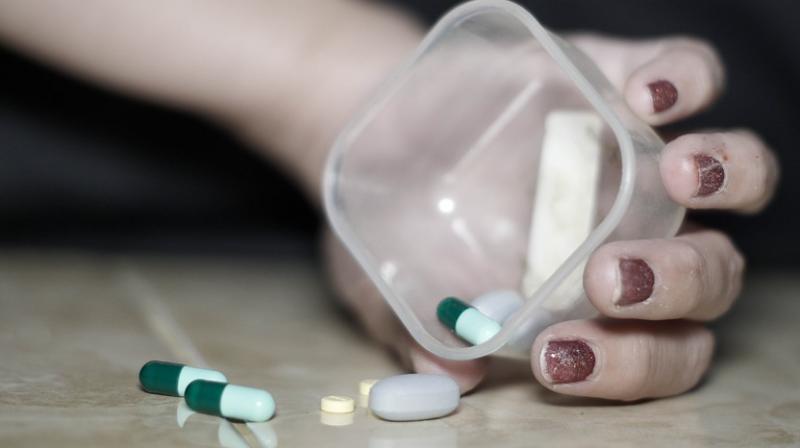 Neemuch (MP): A farmer allegedly committed suicide and blamed five private money lenders for his extreme step in a video recorded on his mobile phone before his death, police said on Saturday.

The farmer, Vinod Patidar, was a resident of a village about 30km from the Neemuch district headquarter here.

Patidar had recorded a video on his mobile phone before taking the extreme step.

In the clip, he has blamed five private money lenders for ending his life, he said.

"We found a video in the mobile phone of the deceased yesterday. In the video, he has accused five private lenders of harassing him despite repaying the loans taken from them," the police officer said.

The SDOP said the police have seized the mobile and an investigation was underway.

A case against these private lenders would be registered under IPC Section 306 (abetment to suicide) if some substance is found in the farmer's allegations during the investigation, he said.

According to the police, Patidar, in the video, has named the five lenders, who he claimed, were threatening and pressurising him to pay Rs 4 lakh.

He has said these persons had taken away his tractor.

So, he is taking the extreme step to save his self-esteem, Boyat said, quoting from the video.

After recording the video, he consumed some poisonous substance and died on way to hospital, the officer said.

Patidar Samaj's local unit president Prem Patidar said the farmer had written a letter to the Prime Minister's Officeon January 4, seeking permission for euthanasia, citing "threat" to his life from the private lenders.

Euthanasia is the practice of intentionally ending a life to relieve pain and suffering.