The police does not have to arrest them as the people will do it themselves. 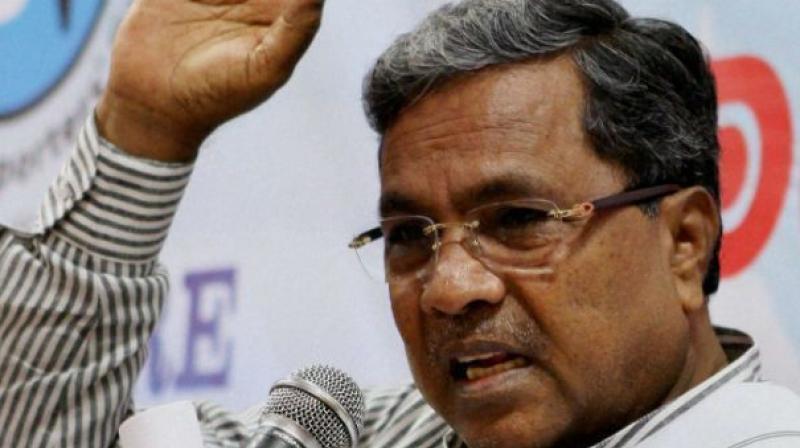 Mysuru: Responding to a stung BJP’s social media campaign,“I am RSS, I am BJP, arrest us,” chief minister Siddaramaiah shot back on Friday,   “The police does not have to arrest them  as the people will do it themselves. They will teach a lesson to organisations that try to spark unrest among them, sow seeds of communalism and hate people of another religion in the name of dharma.”

He was speaking to reporters  in Mysuru, which has turned into a fortress with  high security following the BJP’s threats to resort to a jail bharo in protest over him calling its members and those of the RSS “Hindutva terrorists.”

While a police complaint has been filed by BJP state spokesperson, S. Suresh Kumar and BJP leader, P.N. Sadashiva with the Bengaluru police commissioner against Mr Siddaramaiah for his statement, police sources say that the statement does not constitute a cognisable offence under the Indian Penal Code.