India   All India  13 Jan 2019  44 ‘strategically important’ roads to be built along India-China border
India, All India

44 ‘strategically important’ roads to be built along India-China border

Govt will also build over 2,100 km of axial and lateral roads in Punjab and Rajasthan, abutting Pakistan. 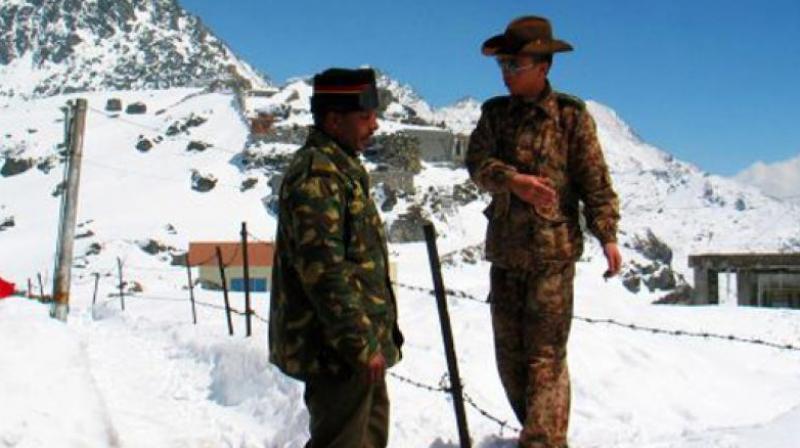 The report stated that these 44 strategically roads along the India-China border will be constructed at a cost of nearly Rs 21,000 crore. (Photo: File | PTI)

New Delhi: The government will construct 44 strategic roads along the border with China and over 2,100 km of axial and lateral roads in Punjab and Rajasthan, abutting Pakistan, a CPWD document shows.

According to an annual report (2018-19) prepared, and released earlier this month by the Central Public Works Department, the agency has been asked to construct 44 "strategically important" roads along the India-China border to ensure quick mobilisation of troops in case of a conflict.

The nearly 4,000-km-long Line of Actual Control between India and China touches areas from Jammu and Kashmir to Arunachal Pradesh.

The report comes at a time China is giving a priority to projects along its India borders.

In 2017, Indian and Chinese troops engaged in a face-off at the Doklam tri-junction after the neighbouring country had begun building road in the area. The standoff ended on August 28 following a mutual agreement under which China stopped the construction of the road and India withdrew its troops.

The report stated that these 44 strategically road along the India-China border will be constructed at a cost of nearly Rs 21,000 crore. "The CPWD has been entrusted with construction of 44 strategically important roads along the Indo-China Border spanning 5 states of J&K, Himachal Pradesh, Uttarakhand, Sikkim and Arunachal Pradesh," the report stated.

"The total cost of work as per DPRs (Detailed Project Reports) is Rs 21,040 crores (approx.)," the report stated.

It said the process of approval of DPRs by the Cabinet Committee on Security (CCS), headed by Prime Minister Narendra Modi, is underway.

The CPWD report also stated that lateral and axial roads measuring over 2,100 kilometers will be built with a cost of around Rs 5,400 crore in Rajasthan and Punjab along the Indo-Pakistan border.

The DPRs for this project are under preparation in CPWD, which is a major construction agency of the central government.

The road projects will secure the vast and remote border areas of Rajasthan and Punjab, it stated.