India   All India  13 Jan 2020  Congress minister says a cow can drive away ‘negativity’
India, All India

Congress minister says a cow can drive away ‘negativity’ 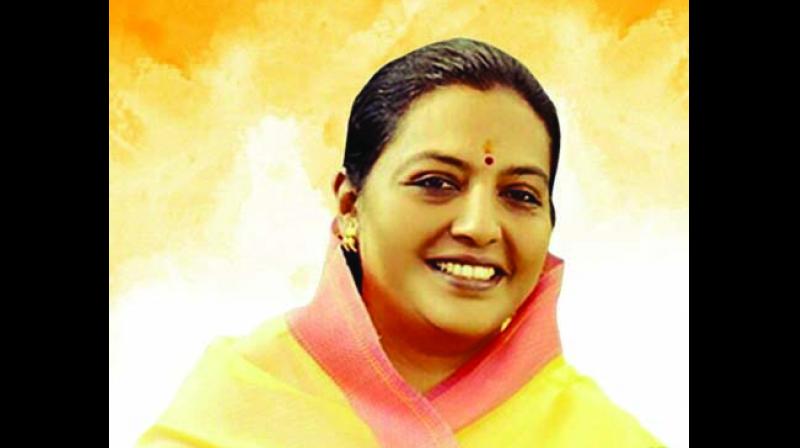 Mumbai: Days after she faced flak for stating that newly-sworn-in ministers in the Maharashtra government “had not yet started making money”, Congress leader and state minister Yashomati Thakur on Sunday courted a fresh controversy by claiming that “touching a cow drives away negativity”.

The women and child welfare minister was speaking at a function organised at Sarshi village of Teosa taluka in Amravati to mark the death anniversary of a cow, which the villagers used to worship believing her to be a goddess.

While addressing the gathering at the function, she said: “Our culture says if you touch a cow, all negativity will go away.” Further, she said, “I believe that work is religion. What we think, that becomes religion. If we worship Vitthal (Hindu god) with full devotion, our wishes will come true.”

She also advised young people to work hard towards their careers and said: “Young people want to work on different positions. They want to become independent but want to achieve this by only falling on Vitthal’s feet. That is, however, not enough. We also need to chant the name of Lord Vitthal.”

While attacking personality development courses, the minister said such costly classes have led to people losing their culture. “This leads to negativity in people. But taking the ‘darshan’ of the holy cow can lead to negative energy declining. This is a miracle that even our culture clearly states,” she said.

The minister’s comments have led to people criticising her for spreading superstition. But the minister defended herself, adding that she stands by her statement.

“The cow is a sacred animal. Moreover, be it a cow or any other animal, touching them brings a feeling of love to us. What is wrong in what I said?” she said.

Earlier, campaigning for the Washim zilla parishad polls, Ms Thakur, an MLA from Teosa in Amravati since 2009 and a senior Congress leader, said: “We have just come to power, our pockets are not warm enough yet.”