Twelve coaches of the train jumped the rails, and some of them overturned near Domohani 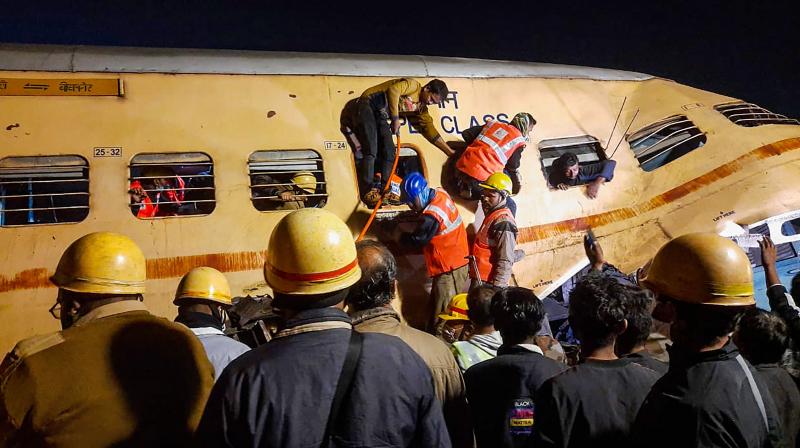 Kolkata/ New Delhi/Guwahati: At least five people were killed and more than 45 injured when 12 coaches of the Bikaner-Guwahati Express train derailed and some overturned near Domohani in West Bengal's Jalpaiguri district on Thursday, an official said.

The accident occurred at around 5 pm in an area under the Alipurduar division of Northeast Frontier Railway, an NFR spokesperson said in Guwahati.

A partially mangled coach got perched atop another under the impact, while a few bogies had hurtled down the slope and overturned.

"Five passengers have died so far. We recovered three bodies from the accident site while two people died in hospital," Jalpaiguri District Magistrate Moumita Godara Basu said, adding at least 45 passengers were injured in the accident.

"Since some of them are in a critical condition, the death toll may go up," she said, adding rescuers were thoroughly searching each coach for survivors and bodies through darkness and thick fog.

The Bikaner-Guwahati Express originates from Bikaner in Rajasthan.

He said the derailment has affected the traffic on the route.

Guwahati-Barmer Express (15632) which leaves on Thursday will run on the diverted route via New Cooch Behar - Matha Bhanga and Raninagar Jalpaiguri, he said.