The group said it wants to protest against “westernisation” of Indian culture. 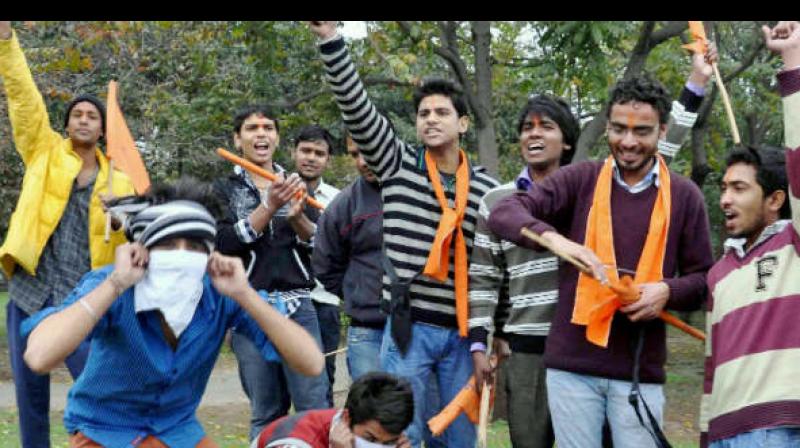 Bajrang Dal members Sunday said they will marry off boys and girls seen together at parks. (Representational Image)

The group said it wants to protest against “westernisation” of Indian culture.

Bajrang Dal members Sunday said they will marry off boys and girls seen together at parks.

“Valentine’s Day celebration will be protested as a whole. If any couple is found involved in an indecent act or in a compromising position at public places, we will force them to marry in presence of their guardians,” Mr Nayak said.

The youth in Odisha’s capital, however, are disappointed with the Bajrang Dal’s “threat”. They want to celebrate Valentine’s Day properly.

“We are eagerly waiting for Valentine’s Day. This is the day when we express our love. Moral policing by Bajrang Dal in Odisha has always caused panic for us,” said Saibalini Samal, a student of Ramadevi Women’s University.

“We never support their act of forcing couples to marry,” she added.

The police has made tight security arrangements to maintain law and order, deputy commissioner of police Satyabrat Bhoi said.

“Police will be deployed at malls, parks and some public places to avert any untoward incident. Anybody found disturbing law and order will be taken to custody,” he said.