Some hits some misses: AAP's eventful two years in office 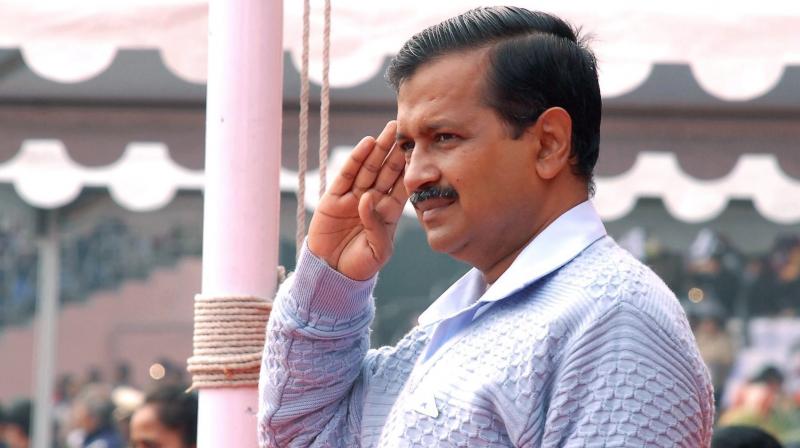 New Delhi: As the Arvind Kejriwal government completes two conflict-ridden years in office on Tuesday, some of the key poll promises made by AAP remains unfulfilled while realistic actions on the ground were seen in areas of education, health and drinking water.

The AAP, which stormed to power in February 2015 with a stunning performance of winning 67 out of 70 seats is yet to implement some of its key schemes including Wi-Fi in public zones, installing 10-15 lakh CCTV cameras across Delhi, bringing a law for devolution of power to mohallas and setting up subsidised canteens.

The AAP had promised to significantly improve the public transport but the Kejriwal dispensation could not add even a single bus to the existing fleet of the DTC. There was no progress toward fulfilling the promise of ensuring last mile connectivity.

The party had mentioned in its manifesto that eight lakh jobs will be created during the government’s tenure but nothing concrete has been initiated on this front.

Some of the major iniatives of the AAP government could not see light of the day due to its constant run-ins with the Centre which adversely affected overall governance of the city.

However, newly appointed Lt Governor Anil Baijal has given indication he is ready to adopt a cooperative approach in dealing with the AAP government so as to ensure speedy implementation of developmental initiatives.

The acrimonious relations between AAP government and Centre peaked when the CBI, dealing a major blow to the Kejriwal dispensation, arrested the then Principal Secretary to the Chief Minister, Rajendra Kumar, along with four others, in a corruption case in July last year.

The arrests triggered a political firestorm with Kejriwal training guns on Prime Minister Narendra Modi on virtually every issue, deepening the rift between the two sides.

The impact of this confrontation was quite visible on the governance structure.

The pace of work by the government got affected when former LG Najeeb Jung in August last year set up a panel to examine over 400 files pertaining to Delhi government’s decisions notwithstanding Kejriwal’s strong objection.

The panel headed by former CAG V K Shunglu submitted its report last month wherein it pointed out many discrepancies by AAP government.

The committee was set up days after Delhi High Court had stamped the primacy of the LG saying he is “administrative head” of the city.

Since Jung’s successor Anil Baijal has taken the charge on December 31, 2016, there has been no major controversy between the LG office and AAP dispensation.

The AAP government, who used to slam Jung on several occasions over a range of issues including transfers and postings of officers, has distanced itself from criticising Baijal so far.