Gujjar Reservation bill promises 5 per cent quota to the Gujjar community and other nomadic tribes. 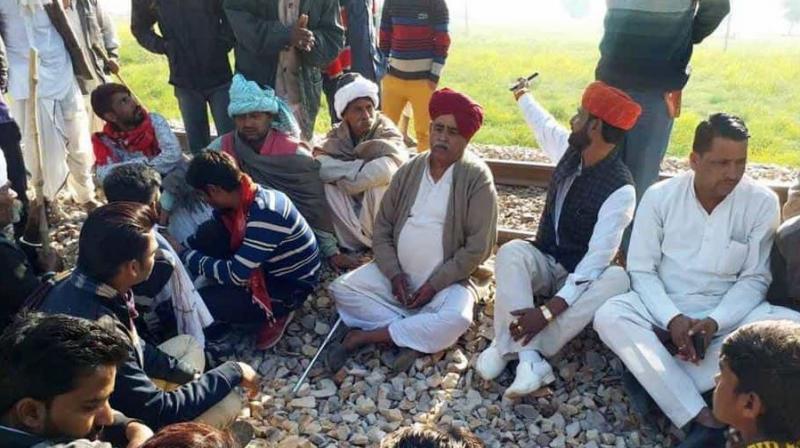 The protestors had blocked the Delhi-Mumbai railway track and several highways and roads. (Photo: ANI)

Jaipur: The Rajasthan assembly on Wednesday unanimously passed the Gujjar Reservation bill that promises 5 per cent quota to the Gujjar community and other nomadic tribes.

The Rajasthan Backward Classes (Reservation of Seats in Educational Institutes in the State and of Appointments and Posts in Services under the State) Amendment Bill, 2019, will give reservation to Gujjars and the other castes.

The bill was presented by Energy Minister B D Kalla in the Assembly to pacify members of Gujjar community who have been holding demonstrations since Friday across the state for quota.

The protestors had blocked the Delhi-Mumbai railway track and several highways and roads.

The bill seeks to increase the backward classes’ reservation from the present 21 per cent to 26 per cent with five per cent reservation to Gujjars, Banjaras, Gadia Lohars, Raikas and Gadaria.

While addressing the assembly, Deputy Chief Minister Sachin Pilot gave the example of Centre giving 10 per cent reservation to the poor in the general category.