Interestingly, minutes before Mamata Banerjee arrived, the two Left leaders moved away from the stage. 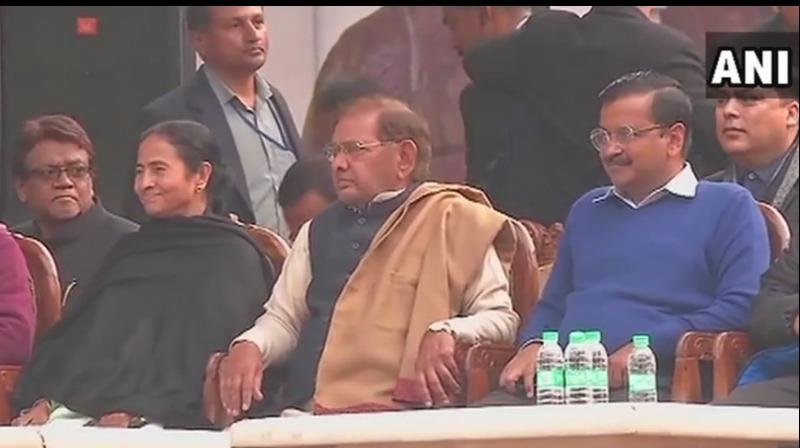 Speaking at rally, CPI leader D Raja said Constitution is under attack under Modi as PM and asserted that Parliament has been undermined and bypassed. (Photo: ANI)

Speaking at the rally, CPI leader D Raja said the Constitution is under attack under Narendra Modi as prime minister and asserted that Parliament has been undermined and bypassed and its role has been minimized under Modi.

"Can you allow a Germany-like situation where Hitler overpowered Reichstag(German parliament)," he said."BJP in power is a threat to constitution and democracy. It must be defeated," he added.

Delhi Chief Minister Arvind Kejriwal was also present at the rally. CPI(M) leader Sitaram Yechury alleged that BJP is professing politics of 'Dushashan' by pitting brothers against brothers. "There is need to replace this government for a better India. This chowkidar needs to be removed to save the country. "BJP is like Kaurava Sena but the Pandavas (Opposition) will defeat them and save the country," he said.