India   All India  13 Feb 2020  Noida Metro to rent out its coaches for celebrations
India, All India

Noida Metro to rent out its coaches for celebrations 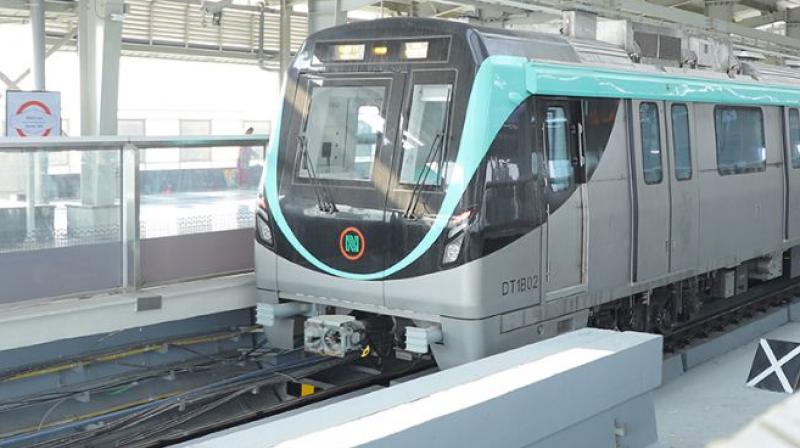 You can even decorate the coach.

Noida (UP): It may be a bit like going to office, but you can now celebrate your sangeet or birthday on a metro rail coach.

The Noida Metro Rail Corporation (NMRC), which runs commuter services between Noida and Greater Noida in Gautam Buddh Nagar district, has announced it will rent its coaches for birthday parties, pre-wedding and other celebrations.

This is part of NMRC’s ‘non-farebox’ initiative by which it allows, for a fee, film and photo shoots on its premises. “This  means that now Noida Metro, in addition to mode of travel, will also become an accessible, attractive and affordable destination for entertainment and celebrations that too at a very reasonable cost,” the transporter said in a statement.

There are rules though. You can hire a maximum of four coaches in a train, and have the choice of decorating them. You have to apply at least 15 days in advance.

You pay a basic licence fee of Rs 5,000-10,000 per hour per metro coach, taxes not inclusive. The charge varies for decorated and undecorated coaches, and for static coach or one in motion.

Then there’s a refundable interest-free security deposit of Rs 20,000.

Wait, you can’t invite any number of guests. A maximum of 50 people, including adults and children, are allowed per coach.

The NMRC will provide one centre table, dustbins and a housekeeper for the event.

There are other rules governing damage to property, hampering of operations, consumption of alcohol, fire. You won’t be able to fire a gun either—even if it is UP.