Naxals first used explosives against CRPF men, then stabbed them; Rajnath not to celebrate Holi. 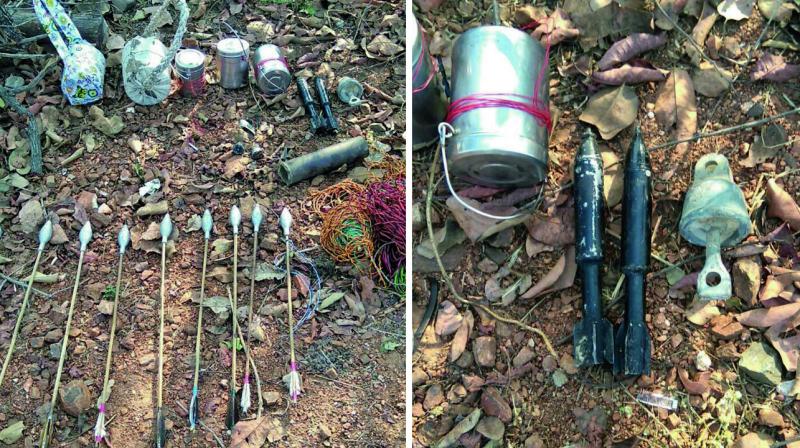 Naxal outfits had been lying low for the last few months after demonetisation.

New Delhi: Initial investigation into Chhattisgarh’s Sukma Naxal attack, in which 12 CRPF personnel were killed Saturday, have revealed that it was extremely brutal and lethal in which the Maoists not only used arrowhead explosives and IEDs, but they also stabbed the security personnel repeatedly with sharp-edged weapons.

This was one of the deadliest Naxal attacks ever since the NDA government came to power in 2014.

“The intensity of the attack can be gauged from the fact that Naxals stabbed the CRPF personnel repeatedly to ensure that they were dead,” a senior security official said.

“First, the Naxals used IEDs (improvised explosive devices) and shot several rounds at the CRPF’s road-opening party, following which they stabbed the security personnel. Such brutality by Naxals has not been seen in recent times,” the official added.

The incident took place in South Bastar’s Sukma, which is a stronghold of the Naxals. The Central Reserve Police Force’s road-opening team had gone there to secure an under-construction road between Bhejji and Kokacherru.

Saddened by the attack and the high casualty, Union home minister Rajnath Singh said he will not celebrate Holi Monday. Mr Singh visited Chhattisgarh Saturday and reviewed the situation. He also announced a compensation of Rs 1 crore to each of the slain CRPF personnel’s kin.

People familiar with the matter said the Naxals had laid a massive ambush for the CRPF. What has surprised the security forces was that the rebels used custom-made arrowhead explosives against the CRPF jawans.

The Naxals also fired mortar shells, and it appeared that they were well-prepared, both in terms of ammunition and men, for the massive attack.

Security officials said that it appears the Naxals have managed to acquire the technology for making the mortar shells locally.

Naxal outfits had been lying low for the last few months, especially after the government’s demonetisation programme, as they were facing a severe financial crunch which had severely hampered their operations.

“Now it seems the Naxals have managed to regroup and through this incident they are sending a message,” the official added.

Central security and intelligence agencies have launched a hunt to identity the Naxal module which was behind the attack. It is suspected that following the attack the group may have crossed into Odisha.

They also managed to escape with a huge cache of arms, which included a light machine gun; at least five AK-47 rifles, an under-barrel grenade launcher and some mortar which are used by security forces in anti-Naxal operations.

Weapons taken away by rebels