University, Petroleum University, Agricultural University and a IIIT are proposed to be set up in Andhra Pradesh. 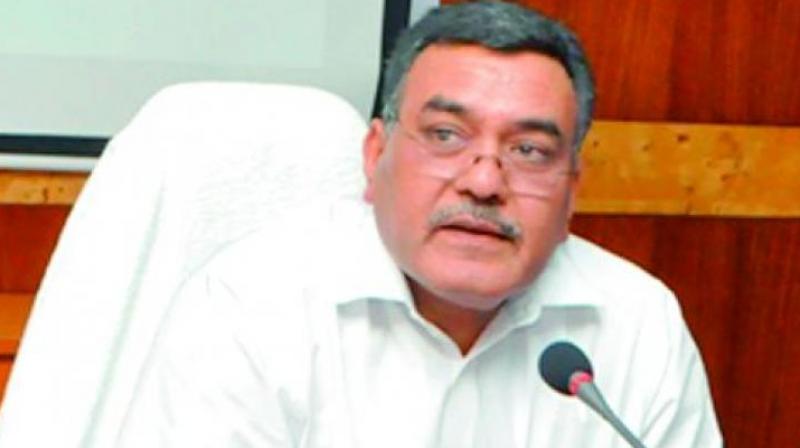 New Delhi: Close on the heels of two TDP ministers resigning from the government home ministry on Monday examined the progress in setting up of central higher education institutes in Andhra Pradesh and division of assets of state PSUs.

The meeting was headed by home secretary Rajiv Gauba and attended by Andhra Pradesh chief secretary Dinesh Kumar and principal resident commissioner of the Telangana government, G Ashok Kumar along with other senior officials.

Following the meeting Mr Kumar said, “We have reviewed the Schedule 13 of the Andhra Pradesh Reorganisation Act which is related to establishment of higher education institutes. Even division of assets and liabilities of undivided Andhra Pradesh were also examined.’’

Home secretary assured the State officials that proposals or the  draft Bills for establishing a central university and a horticulture university in Andhra Pradesh would be placed before the Union Cabinet for approval following which it would be tabled in Parliament. Institutions of national importance like IIT, NIT, IIM, IISER, a Central

University, Petroleum University, Agricultural University and a IIIT are proposed to be set up in Andhra Pradesh.

There are plans to set up one AIIMS-type super-specialty Hospital-cum-teaching institution in the successor state of Andhra Pradesh, a Tribal University each in Andhra Pradesh and Telangana and a Horticulture University in Telangana.

Andhra Pradesh wants that most of the central 107 institutions listed under schedule 10 are located in Hyderabad and they should be divided between the two states according to provisions of the State Reorganisation Act. However, Telangana has been arguing that they belonged to the State in whose territory they are located and their services could be availed through co-ordination between the two governments. Home Ministry officials all these pending issues between the two States would be resolved shortly.