Seven women and three men were killed in the fire at Kurangani Hill ranges in Western Ghats. 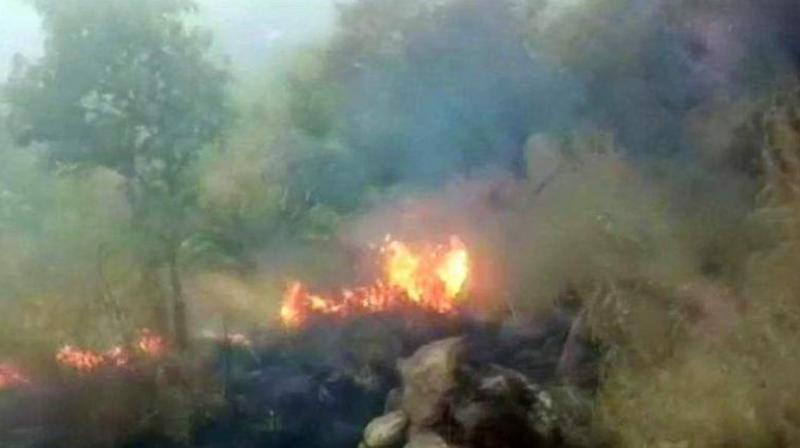 The fire broke out in Tamil Nadu's Theni district while a Chennai-based trekking club, which had 25 women and 3 children, had organised the expedition from Kurangani to Bodi in the Western Ghats. (Photo: ANI)

Theni: With the death toll in the forest fire in Theni district increasing to 10 on Monday, the Tamil Nadu government has ordered a full-fledged probe into the Kurangani hills forest fire tragedy to ascertain how the fire spread.

Chief minister Edappadi K. Palaniswami also assured action against those who allegedly arranged for the trekking expedition without permission.

Seven women and three men were killed in the fire at Kurangani Hill ranges in Western Ghats.

While seven of the victims were from Chennai, others were from Erode district.

He said 17 persons with burn injuries were admitted to the hospitals - 10 in Madurai government hospital, five in Theni GH and two in private hospitals.

The district administration and health department officials have been instructed to ensure best medical treatment to those admitted to local hospitals, he added.