Singh condemned the recent trend of statue vandalisation, even if one does not agree to a particular ideology. 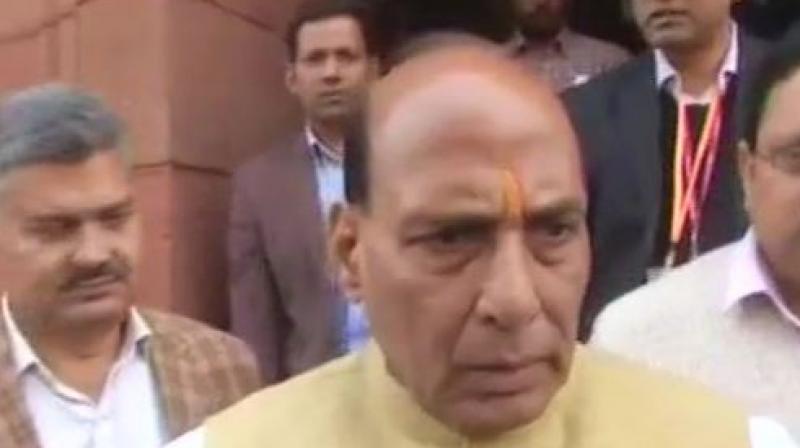 The home minister further assured of a strict action to be taken against the miscreants responsible for the acts. (Photo: ANI)

Amritsar: Home Minister Rajnath Singh on Tuesday criticised the recent desecrations of statues that had taken place at various cities in the country.

While on a visit to Punjab for the unveiling of Martyr Udham Singh's statue, Singh said, "Intolerance cannot be a part of our Indian culture".

"The Indian culture does not promote vandalisation of statues of any personality, even if you do not agree with a particular ideology," Singh said.

In a span of one month, a total of six separate instances of vandalism have been reported from different parts of the country involving various political and ideological leaders of the country.

The home minister further assured of a strict action to be taken against the miscreants responsible for the acts.

The Ministry of Home Affairs had earlier issued a statement saying the ministry had taken serious note of such incidents and asked the concerned states to deal sternly with persons responsible for the acts and book them under relevant provisions of law.

The vandalisation spree began when the statue of communist revolutionary Vladimir Lenin was brought down in Tripura after the Bharatiya Janata Party (BJP) swept to power in the state.

The next figure to come under attack was the bust of Jan Sangh founder Shyama Prasad Mukherjee in Kolkata.

While in separate instances in Uttarakhand, Chennai and Meerut, busts and statues of Dalit leader Dr. BR Ambedkar were vandalised too in a period of one week.