Panel nod to Rafale given 16 months after Paris visit 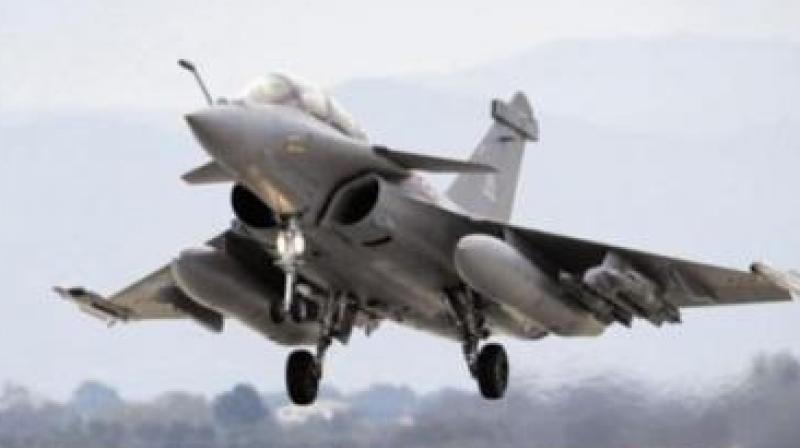 The minister said the cost of each Rafale aircraft is approximately Rs 670 crore but did not give details of prices of associated equipment, weapons and services. (Photo: PTI)

“The inter-governmental agreement (IGA) for procurement of 36 Rafale aircraft with the French government was accorded approval by the CCS on August 24, 2016 and signed on December 23, 2016,” Bhamre said in a reply in the Rajya Sabha.

The minister said the cost of each Rafale aircraft is approximately Rs 670 crore but did not give details of prices of associated equipment, weapons and services.

The minister’s written response came to a question by Congress MP Vivek Tankha, who specifically asked whether the CCS approval was sought at the time of announcement of the deal in France.

A joint statement issued on April 10, 2015, after Mr Modi’s talks with the then French President François Hollande had said India conveyed to the government of France that in view of the critical operational necessity for multi-role combat aircraft for the IAF, the Governm-ent of India would like to acquire 36 Rafale jets in fly-away condition as quickly as possible.

“The two leaders agreed to conclude an Inter-Governmental Agreement for supply of the aircraft on terms that would be better than conveyed by Dassault Aviation as part of a separate process underway,” the statement said.