SC extended March 31 deadline for mandatory linking of Aadhaar till it rules on petitions challenging validity of Act. 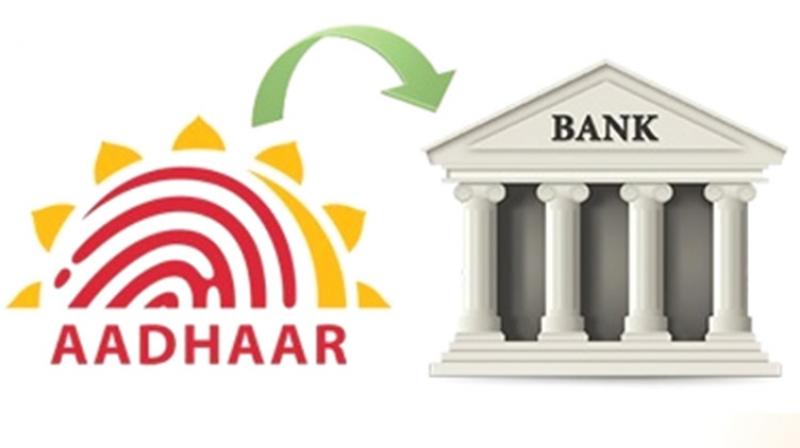 The Supreme Court, however, said Aadhaar will be necessary only for social schemes. (Photo: File)

New Delhi: The Supreme Court on Tuesday extended until further orders the deadline for Aadhaar linkage with bank accounts and all schemes of the Ministries/ Departments of the Central and State governments, except for availing benefits and subsidies.

As a result of this order Aadhaar is not mandatory for various other services.

A five-judge Constitution Bench comprising Chief Justice Dipak Misra and Justices AK Sikri, AM Kanwilkar, DY Chandrachud and Ashok Bhushan made it clear that its earlier interim order passed on December 15, 2017 extending the time limit would remain in force till judgment was pronounced in the matter.

The Bench has been hearing arguments from January 17 on the validity of linkage of Aadhaar.

Further, the apex court extended the date for the completion of the linkage of Aadhaar and e-KYC process in respect of mobile phone subscribers till judgment is rendered.

When advocate Vrinda Grover brought to the notice of the court that new Rules were issued to make Aadhaar mandatory for Passport under Tatkal scheme, the court said the new rules would not be applicable for passport under Tatkal as any one of the other identity cards could be used till the judgment is rendered.

Senior counsel Arvind P Datar informed the court that. Grover’s passport has been cancelled though it is valid till 2020 as only additional booklet was required. She was to travel to Bangladesh to participate in a conference and in the absence of Aadhaar she cannot get her passport.

Aadhaar law, the Bench said, “insofar as new bank accounts are concerned, the Bench extended the deadline till March 31, subject to the submission of the details in regard to the filing of an application for an Aadhaar card and the furnishing of the application number to the account opening bank.”

The court made it clear that the extension of the time limit beyond March 31, 2018 shall apply for Aadhar linkage, besides the schemes of the Ministries/ Departments of the Union government and all state governments in similar terms.

Regarding linking of PAN card with Aadhaar, the Bench clarified that in so far as the provisions of Section 139 AA of the Income Tax Act, 1961 are concerned, the matter stands governed by the judgment of this Court upholding the provision.

The petitioners Justice KS Puttasamy and others argued that Aadhaar Cards could permissibly be utilised only for six schemes as approved by the Constitution bench in earlier orders. They wanted the court to direct the Centre to strictly follow these orders.

Further, they insisted that the Aadhaar card scheme was to be purely voluntary and could not be made mandatory until this Court finally decides the matter.

Attorney General KK Venugopal said Aadhaar would be essential for availing social security benefits, services and subsidies and accordingly the Bench granted exemption for these benefits.

The government had made it to link Aadhaar with welfare schemes insisting that it was necessary to weed out benami deals and black money.

The Centre was also planning to make it mandatory to link Aadhaar with driving license and voter ID cards, among other things.

Aadhaar was launched in India in 2009 to streamline welfare payments and reduce wastage in public spending.

The government of Prime Minister Narendra Modi has been keen to make Aadhaar mandatory for everything from filing income tax to the registration of mobile phone numbers and booking railway tickets.

Aadhaar is now mandatory for welfare, pension and employment schemes.

A group of petitioners have asked the Supreme Court to declare the government's insistence on Aadhaar disclosure as a violation of the right to privacy.