India   All India  13 Mar 2018  Was an honourable man till my father's death: YSR Cong chief Jagan Reddy
India, All India

Was an honourable man till my father's death: YSR Cong chief Jagan Reddy

YSR Congress chief's statement came in response to a question on corruption cases filed against him over the past decade. 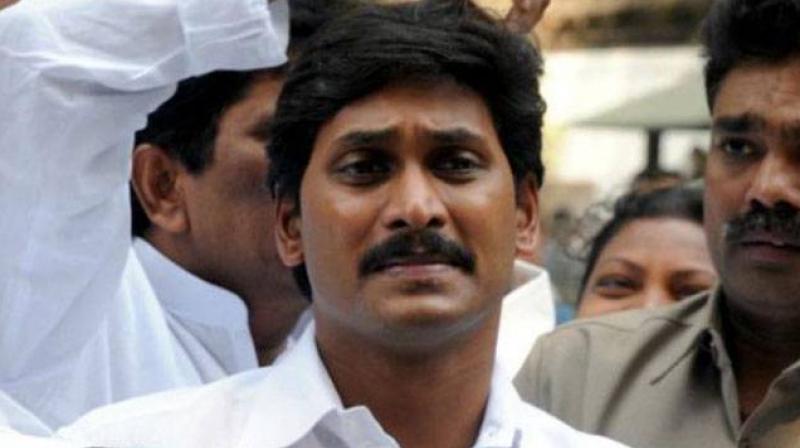 Reddy, who was once one of the richest lawmakers with disclosed assets worth Rs 416 crore, was named in a number of corruption cases after the death of his father. (Photo: PTI/File)

Guntur: YSR Congress chief Jagan Mohan Reddy on Monday hinted that his split with the Congress following his father YS Rajasekhara Reddy’s death was the reason why there were so many corruption cases filed against him stating that he was an “honourable man’ till his father’s death.

The reply came in response to a question on the pending corruption cases filed against him over the past decade.

He further termed the cases as “politically motivated” and said that they were filed when the Congress-led UPA was at the Centre. The petitioners were “Congress and TDP politicians,” Reddy added.

While speaking to NDTV, during a foot march to demand "special status" for Andhra Pradesh, Reddy said the Centre was going soft on Andhra Pradesh chief minister N Chandrababu Naidu, who, he alleges, is involved in corruption.

"We have a CM who is blatantly involved in corruption in Andhra. Nothing is spared by him - from sand to mud to liquor to power and coal. His only exemption is that the central government link he has", he said.

Responding to TDP’s allegations that his agitation for special status is at the behest of the BJP, in exchange for central laxity on the graft cases against him, he informed that he is determined to go ahead with a no-confidence motion against the Centre in the ongoing session of parliament, in protest against the refusal to grant special status to Andhra Pradesh.

He told that he has given an ultimatum to his MPs.

Reddy had earlier criticised Chandrababu Naidu saying the TDP chief continued to be the convener of NDA and still does not openly support the agitation for achieving the status. The remarks came after two TDP ministers quit the Union cabinet over Andhra special status issue but the party decided to stay with the NDA.

Reddy, who was once one of the richest lawmakers with disclosed assets worth Rs 416 crore, was named in a number of corruption cases after the death of his father. He has also been accused of putting pressure on individuals and firms to invest crores in his businesses as a "quid pro quo" for favours conferred on them between 2004 and 2009, the duration when his father was serving as the chief minister of Andhra Pradesh.