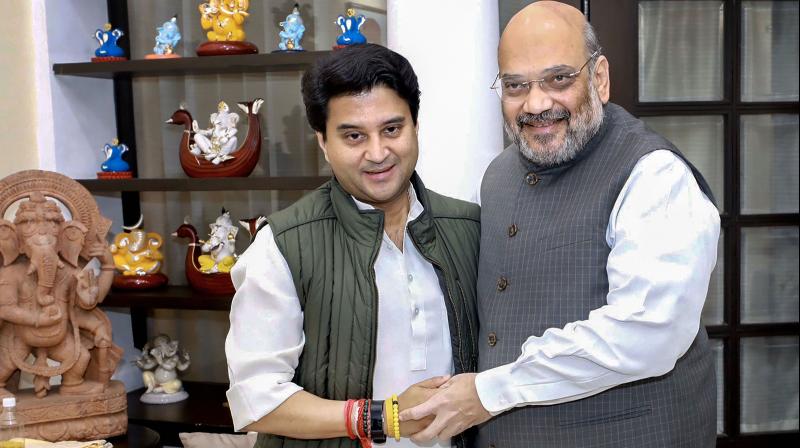 Bhopal: The Madhya Pradesh Economic Offences Wing (EOW) on Thursday decided to verify facts afresh in a complaint against former Union Minister Jyotiraditya Scindia and his family, in which they are accused of falsifying a property document while selling land.

The development came after Mr Scindia quit the Congress and joined the BJP on Wednesday. 22 MLAs who belong to his camp also resigned, threatening the survival of the Kamal Nath government in the state.

"Yes, an order has been given for re-verification of facts in the complaint filed by Surendra Shrivastava," an Economic Offences Wing official told PTI.

An EOW release said Mr Shrivastava on Thursday filed a new complaint against Mr Scindia and his family, alleging that by falsifying a registry document, they sold him a piece of land at Mahalgaon which was smaller by 6,000 sq feet than the original agreement in 2009.

He had lodged the complaint first on March 26, 2014. But it was investigated and closed in 2018, the EOW official said. "As he again petitioned us today, we will re-verify the facts," the officer said.

"The case had been closed for want of evidence. Now for vengeance, it is being reopened. We have full faith in the Constitution and law. We will get justice and Kamal Nath government a befitting reply," Mr Chaturvedi said.