India   All India  13 Mar 2022  PM Modi: No reforms in security apparatus since Independence
India, All India

PM Modi: No reforms in security apparatus since Independence

During British rule internal security revolved around instilling fear among the masses, which needed to be changed, PM said 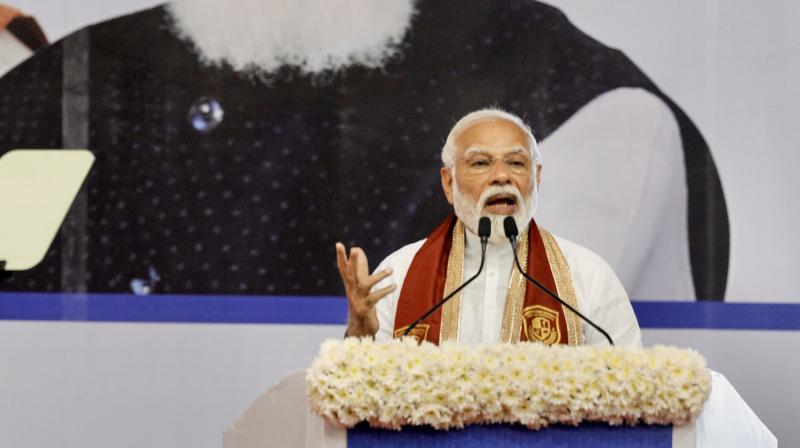 Gandhinagar: Prime Minister Narendra Modi on Saturday said there was a need for reforms in the internal security apparatus after Independence, but the country lagged behind in this area.

Addressing the first convocation of Rashtriya Raksha University (RRU) at Lavad in Gandhinagar district, he said, during British rule internal security revolved around instilling fear among the masses, which needed to be changed.

After Independence, there was a need for reforms, but unfortunately sufficient work was not done in this direction and we lagged behind,” he said. “Even now, the perception about police is that one should stay away from them...,” the PM said.

More than increasing the number of personnel, what was needed was trained officials who understand technology, human psyche, know how to communicate with the young generation and deal with the leaders of mass agitations, the prime minister said.

Due to the lack of trained manpower, security forces lose the capacity for “negotiation” and “things go wrong at the last moment, sometimes due to a few words,” he said.

Police and other security personnel should be able to deal strongly with anti-social elements and softly with society and instill “a sense of friendship and confidence among people”, he said.