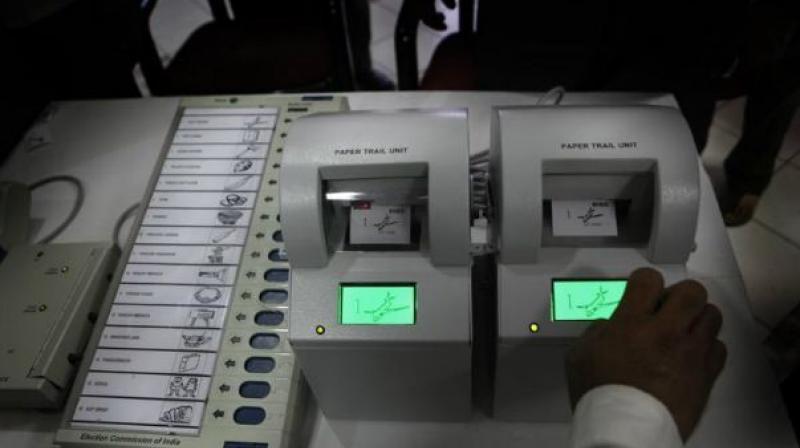 Bhopal: The Congress and Bharatiya Janata Party (BJP) on Thursday managed to bag one seat each in the recently concluded by-polls in Madhya Pradesh.

Whereas, BJP's Shivnarayan Singh captured the Bandhavgarh constituency by securing over 25,000 votes.

Earlier in the day, out of the nine assembly by-polls held in the five states, the BJP registered victory at four places including Delhi, Himachal Pradesh, Madhya Pradesh and Assam.

In Himachal Pradesh, the BJP won the Bhoranj Assembly constituency by a margin of 8,290 votes. BJP's Anil Dhiman defeated his nearest rival Parmila Devi of the Congress.

However, down south in Karnataka, Congress' MC Mohan Kumari won the Gundlupet assembly by-poll with a margin of 10,877 votes.

In Jharkhand, Simon Marandi of the Jharkhand Mukti Morcha (JMM) is leading from Litipara whereas in West Bengal, Trinamool Congress (TMC) candidate Chandrima Bhattacharya is leading from Kanthi Dakshin.

Re-polling is also underway in 38 polling stations of the Srinagar Lok Sabha seat.

The re-poll was ordered at the polling centres after they were hit by violence last Sunday, the day of polling for the seat.