The ruling Congress in Karnataka retained both the Assembly seats of Nanjangud and Gundlupet. 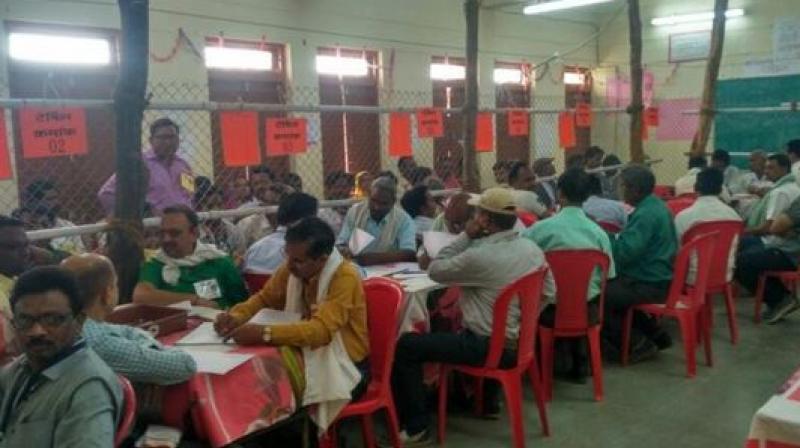 The BJP registered a huge victory in the Rajouri Garden Assembly bypoll handing a humiliating defeat to the ruling Aam Aadmi Party, which finished a distant third and even lost deposit.

BJP-SAD joint candidate Manjinder Singh Sirsa bagged 40,602 seats, over 50 per cent of the total votes polled, in a boost for the saffron party ahead of the April 23 municipal polls.

Congress' Meenakshi Chandela finished second with 25,950 votes while AAP's Harjeet Singh managed to get only 10,243 votes, less than one-sixth of the total votes polled, and lost deposit.

With the AAP's humiliating defeat, Deputy Chief Minister Manish Sisodia admitted that people were upset with the party over its legislator quitting to contest from Punjab.

The ruling Congress in Karnataka retained both the Assembly seats of Nanjangud and Gundlupet.

Congress' Kalale N Keshavamurthy defeated his nearest rival V Srinivas Prasad (BJP) by over 21,000 votes in Nanjangud. In Gundlupet, Geetha Mahadevaprasad (Congress) trounced BJP's C S Niranjan Kumar by over 10,000 votes, an election official said. Both the seats were held by the Congress.

With the Assembly polls slated to be held in about a year, the Congress and the BJP had played for heavy stakes in the bypolls.

The by-elections were necessitated in Gundulpet following the death of Cooperation Minister Mahadevaprasad while in Nanjangud, it was caused by the resignation of Srinivas Prasad as Congress MLA after he was dropped from the ministry.

Srinivas had switched over to the BJP, while Keshavamurthy had contested the 2013 Assembly polls on a JD(S) ticket. Geeta is the widow of Mahadeva Prasad.

The BJP retained the Bandhavgarh assembly seat defeating rival Congress by a margin of over 25,000 votes. BJP nominee Shivnarayan Singh defeated Congress' candidate Savitri Singh from the seat in Umaria district by 25,476 votes, an election official said. In Ater, the Congress won with a small margin of 848 votes.

Repolling took place in 38 booths of Srinagar Lok Sabha constituency today after the Election Commission order following violence in the April 9 by-election, in which 8 people were killed in clashes with security forces. It saw only a 2.02 per cent turnout, the lowest in the history of Jammu and Kashmir.

Voter-verifiable paper audit trails (VVPATs) were used at all the 166 polling stations of the west Delhi constituency, following AAP's allegations that the EVMs were tampered with.