Criminal cases against 50 per cent of Delhi MLAs: Govt to RS

The AAP, which at present has 65 MLAs in 70-member Delhi Assembly, said that most of the cases against its MLAs are ‘politically motivated’. 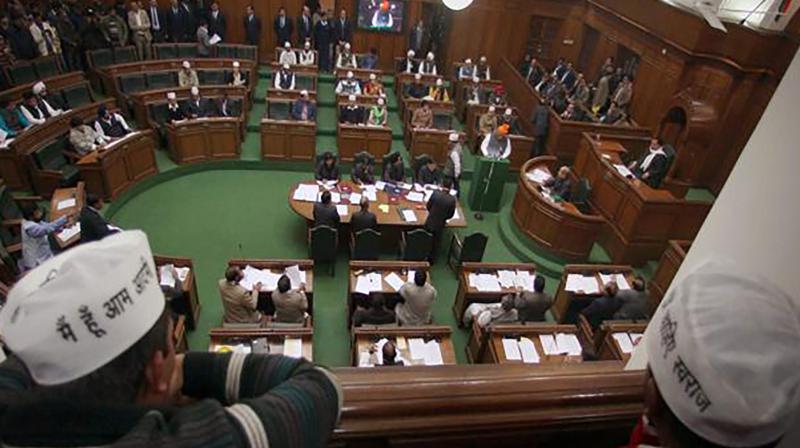 New Delhi: Half of the MLAs in Delhi have criminal cases registered against them, Parliament was informed on Wednesday.

The Delhi Police has registered criminal cases against 35 Delhi MLAs, Hansraj Ahir, Minister of State in the Home Ministry, said in a written reply in Rajya Sabha.

The AAP, which at present has 65 MLAs in the 70-member Delhi Assembly, has maintained that most of the cases against its legislators are "politically motivated".

To a question over the ongoing 'Office of Profit' row, Ahir said, "The Election Commission has informed that out of four references received against Delhi MLAs under the Government of NCT Delhi Act, 1991, on the grounds of holding 'Office of Profit', opinion of the poll panel has been given to the competent authority in respect of two references till date."

Currently, the Election Commission is hearing a complaint against 21 AAP MLAs, appointed as parliamentary secretaries, for allegedly holding Office of Profit.