Judge PB Desai said that summons should be issued to these witnesses 'at appropriate and relevant stage of trial'. 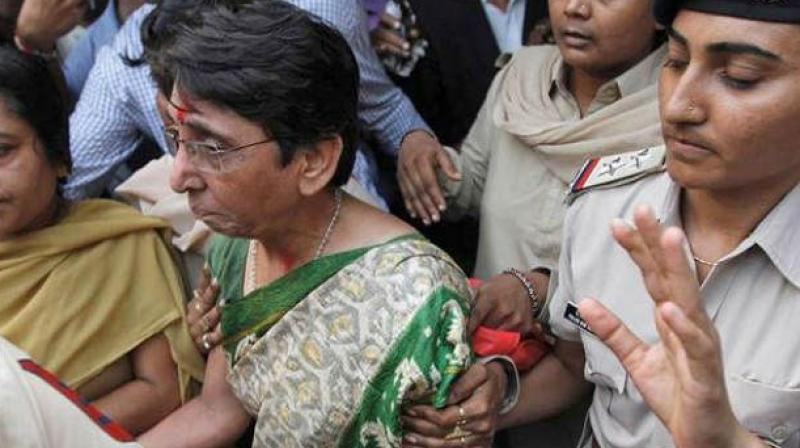 Ahmedabad: A special court hearing the 2002 Naroda Gam massacre case in Ahmedabad on Wednesday allowed an application filed by former BJP MLA Maya Kodnani seeking to call BJP president Amit Shah and 13 others as defence witnesses to prove she was not present at the scene of the incident.

Judge PB Desai said that summons should be issued to these witnesses "at appropriate and relevant stage of trial".

The judge also said that "some witnesses can be dropped at a later stage if there is a possibility of repetition of their testimonies, but however, in absence of any objections (by prosecution) and while recognising the right of the accused to examine defence witnesses, I am of the opinion that the number of witnesses sought to be examined is neither unreasonable nor unjustified."

Maya Kodnani, sentenced to 28 years in jail in the Naroda Patiya riot case, is currently out on bail.

In the Naroda Gam case, she requested the court to call Mr Shah and others as defence witnesses to prove that she was not present at the scene of crime on February 28, 2002, a day after the Godhra train burning incident which led to riots.

Her application said she wanted Mr Shah's examination to prove that she had met him in the Assembly in Gandhinagar and then at Sola Civil hospital here that day as the bodies of Godhra train incident victims were brought there.

Afterwards she went to her nursing home, and then to main civil hospital in Asarwa area of the city, Mr Kodnani claimed.

To prove this, she wanted to summon 13 other persons, including former BJP MLA Amrish Patel, the then superintendent of civil hospital Dr Anil Chaddha, staff of her hospital and a man whose child was allegedly born at her hospital that day.

The Naroda Gam massacre was one of the nine major riot cases from Gujarat investigated by a Special Investigation Team.

Eleven people belonging to the minority community were killed at Naroda Gam. A total of 82 people are facing trial.