India   All India  13 Apr 2017  No need for women to change names on passports after marriage: Modi
India, All India

No need for women to change names on passports after marriage: Modi

Modi said his government was committed to empowering women and spelled out a slew of schemes and measures. 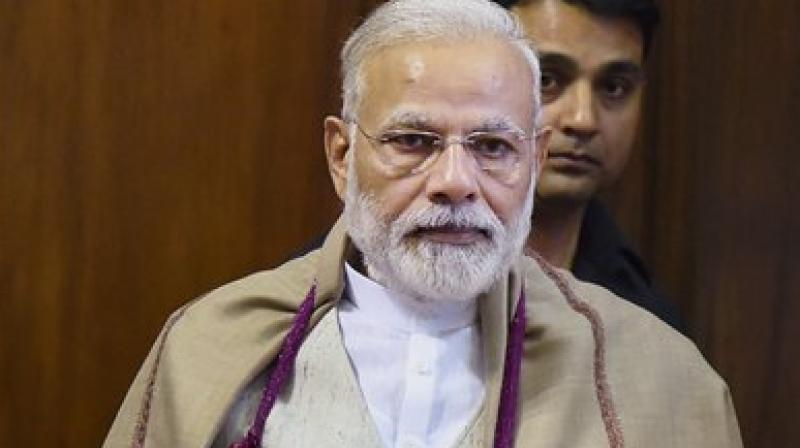 Mumbai: Prime Minister Narendra Modi today said there was no need for a woman to change her name on the passport after marriage or divorce and that she could get the travel document by giving the names of either of her parents.

"There has been an important change in passport rules. Now, it will not be necessary for a woman to give the certificate of her marriage or divorce. It will be up to her to have either the name of her father or mother on the passport," Modi said addressing an event of industry lobby IMC's women's wing over a video link.

Modi said his government was committed to empowering women and spelled out a slew of schemes and measures, which are being undertaken towards it like granting 70 per cent of the Rs 3 trillion Mudra loans to women entrepreneurs.

He said his government's "priority" was to register the homes being constructed under the Pradhan Mantri Awas Yojana (PMAY) in the name of the woman in a family as their names were seldom found in property registrations.

The government has also decided to accord women the first right in all the schemes being executed by it, he said.

The PM said the government has so far been able to save two crore women from the harmful effects of "chulhas" (earthen stoves in which fire is lit using wood or cowdung cakes) by giving them free gas connections under the Ujjwala scheme.

The government wants to include five crore more families under this scheme over the next two years, he said, adding it has been made possible because of the LPG subsidy surrendered by 1.2 crore people following an appeal by him.

"The government's resolve to extend maternity leave to 26 weeks from the earlier 12 weeks and also to transfer Rs 6,000 each into the bank account of every pregnant woman, who chooses institutional delivery to check child-birth mortality, are also attempts in the same direction," he said.

Modi said over one crore bank accounts have been opened under the Sukanya Samriddhi Yojana, which attempts to give a higher rate of interest on savings by women.

Addressing the 50th anniversary of the Indian Merchants' Chamber, Modi praised women for their entrepreneurial spirit, saying wherever women have been given an opportunity, they have proved they are two steps ahead of men.

The biggest contributors to the dairy and livestock sectors are women, he said, and noted that Lijjat Papad and dairy wonder Amul are the shining examples of what our women can do if empowered.

"Women of our country have the patience, ability and the confidence to struggle for achieving success," he said.

Stating that everyone's contribution was necessary for the success of the goods and services tax regime, Modi asked the IMC to conduct GST training workshops for common people in the limited time that is available before implementing the biggest indirect taxation reform in the nation's hisotry.

He also urged IMC and other industry bodies to formulate a plan and make some changes for the betterment of the nation before 2022, which is also the 75th anniversary of Independence.

Modi said the nature of Indian democracy is changing from merely voting once every five years to being more participative in the development process.