Vaid termed the killing of four civilians including a 14-year-old boy in Kulgam on Wednesday as “most unfortunate.” 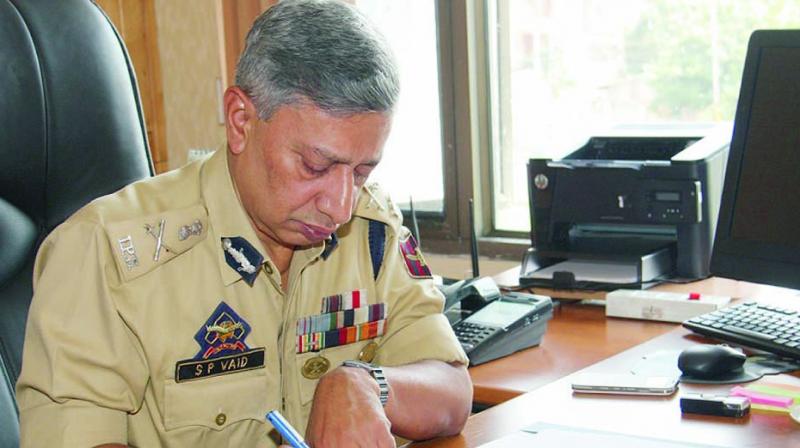 Srinagar: A day after four civilians were killed in security forces alleged firing on protesters during a fire fight with a group of holed up militants in Jammu and Kashmir’s southern Kulgam district, the State’s police chief cautioned people that encounter sites were not marriage venues.

Encounter sites, said Director General of Police, Shesh Paul Vaid, are not the venue of “marriage of terrorists” to be flocked by youngsters as bullets do not differentiate between stone-pelters and militants.

He said as many as 55 civilians were killed in violence in Kashmir Valley in 2017, thirty of them during gun battles between militants and security forces. He added that so far this year 18 people have lost their lives in similar incidents.

“We’ve been repeatedly asking people not to go closer to the encounter sites. But they refuse to listen to our pleas and continue to push their lives in danger by relocating to encounter sites and even indulge in stone-pelting apparently to help militants to escape,” he said.

He said that the district magistrates have already banned assembly of people at or around encounter sites through formal orders issued last year “but, unfortunately, people have ignored it too.”

He asserted that the bullets fired by security forces or the militants have a “huge trajectory” and that it is difficult to identify whose bullet hit the civilians at the encounter sites. He termed the killing of four civilians including a 14-year-old boy in Kulgam on Wednesday as “most unfortunate.”

Kashmir Valley and some parts of Chenab valley of Jammu region observed a shutdown on Thursday to mourn and protest the civilian killings in Kulgam. The call had been issued by ‘Joint Resistance Leadership’.