With the threat of a Maoist ambush looming large, the officials were clueless what to under the situation. 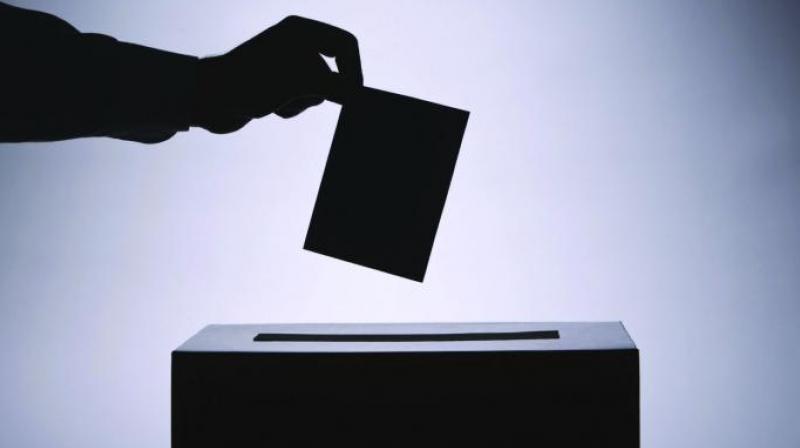 MALKANGIRI: As many as 36 polling officials in Odisha’s Maoist affected Malkangiri district have shown uncommon example of high degree of integrity and dedication to their official duty by trekking 15 km to hand over the Electronic Voting Machines (EVMs) to the district collector.

After polling process was on Thursday over at Mudulipada, a village located on the Bonda Hills in Khairput, the officials were informed by the security personnel that there was danger to return to the district headquarters by road as the rebels had planted landmines at different locations.

With the threat of a Maoist ambush looming large, the officials were clueless what to under the situation. They finally decided to climb down the hills by untrodden paths.

“It was almost dark all around. The fear of ambush by rebels and attack of wild animals always haunted us. Add to this, torrential rains also troubled us. We had no other option than to take shelter under the trees on the hilltop, almost 1000 metres above the sea level. We all cramped under a small piece of tarpaulin to save ourselves from rains. In the morning, we walked down the hill and reached the main road at Khairput from where we travelled to Malkangiri and deposited the EVMs,” said the officials.

The officials gave all credit to the Special Operation Group jawans who all along protected them.

“We did not know the exact distance we had to trek. They all along told us that it’s just a few kilometers and we will reach the destination soon. They kept our spirit high by sharing good stories and we never felt tired,” a polling officer said.

Appreciation poured in from various quarters for the polling officials and the security personnel accompanying them.

In fact, the Maoists had called for a poll boycott in the area and so the risk involved in putting up EVMs and VVPATs as well as transferring them back to the Collector’s office was huge, but a job perfectly carried out by the officials.