India   All India  13 Apr 2020  Half of India's districts now under corona shadow
India, All India

Half of India's districts now under corona shadow 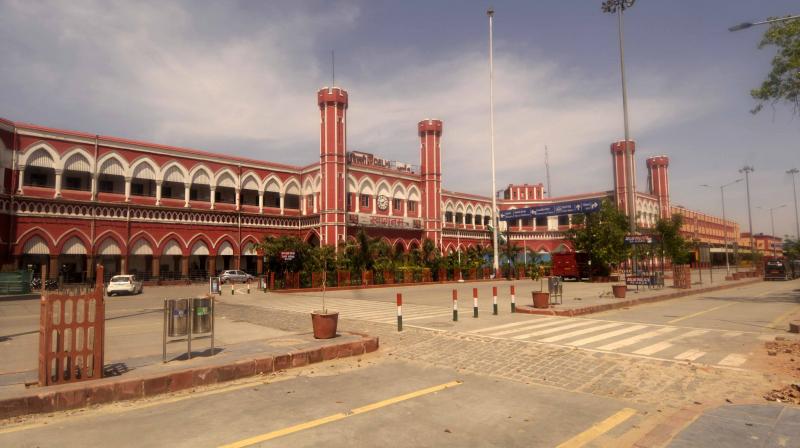 New Delhi: Nearly three weeks into a India's coronavirus lockdown, half of India’s 718 districts are now affected by the coronavirus pandemic.

In the last 10 days, the highly contagious pathogen has spread to 120 new districts. On March 29, no more than 160 districts had been under the virus' shadow. That number doubled in a week's time, shooting up to 284 by April 6.

Some 8,447 people are infected countrywide and 273 have died. On Sunday, 918 more people tested positive and 34 people died. Recoveries from the disease stand at 765.

Maharashtra also has the highest number of deaths, 127, followed by Madhya Pradesh 36, Gujarat 22 and Delhi 19. Punjab has had 11 deaths, Tamil Nadu 10 and Telangana nine. Other states with fatalities include Andhra Pradesh and Karnataka (6 each), West Bengal (5), Jammu and Kashmir (4) and Uttar Pradesh (5), Haryana and Rajasthan (3 each), Kerala (2), Bihar, Himachal Pradesh, Odisha, Jharkhand and Assam (1 each).

India's current strategy is to seal off the hotspots and increase testing capacity, which has proved crucial wherever the coronavirus has been reasonably staved off, such as in Kerala.

Lav Agarwal, the joint secretary in the Union Health Ministry said today that testing will now be extended to private medical colleges as well. They will be mentored by 14 mentor institutes such as AIIMS and Nimhans.

At present, 151 government and 68 private labs carry out such tests.

A senior ICMR official said a total of 1,86,906 samples have so far been tested. An average of 15,747 samples were tested per day in the past five days.

The ICMR official said there are 40-plus candidates for  vaccine development but none of them has reached the next stage.

Mitigation measures continued to be focus of the administration away from the hospitals and quarantine centres. A senior home ministry official Punya Salila Srivastava said the railway, civil aviation and consumer affairs ministries are working in tandem with states to resolve logistics problems in delivering essential supplies.

Union minister Ram Vilas Paswan said the the PDS has enough grains to feed over 81 crore people over the next nine months. He said that with a bumper wheat crop expected, stocks were going to be adequate for much longer.