We have also advised him to increase the intake of water, the doctors said. 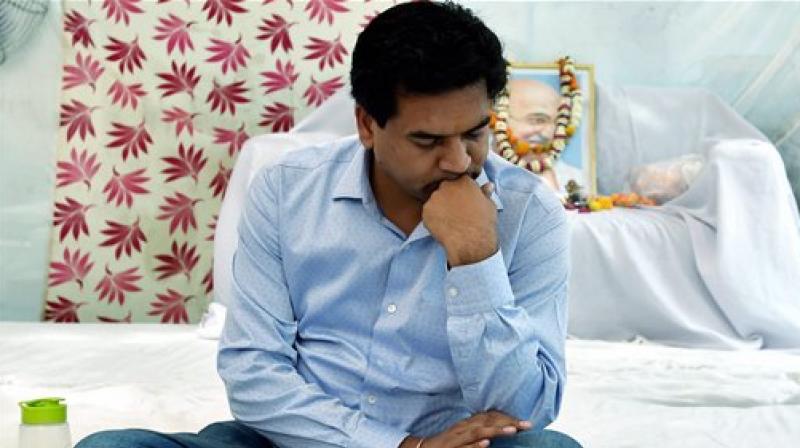 Sacked Delhi minister Kapil Mishra during an indefinite hunger strike at his residence in New Delhi on Wednesday against the alleged misuse of public money to send Delhi Chief Minister Arvind Kejriwal’s close aides on a foreign trip. (Photo: PTI)

New Delhi: The 'fasting' former Delhi minister Kapil Mishra on Saturday turned down the advice of the doctors to get hospitalized, as his hunger strike entered its fourth day on Saturday.

The doctors who did a medical checkup of Mishra told media, "We have advised him to get admitted into hospital immediately, but he has refused to do so. We have also advised him to increase the intake of water."

They said that "despite fasting, Mishra's blood pressure and sugar levels are normal, but we have taken the blood samples to conduct more tests".

Mishra is on a hunger strike demanding the Aam Aadmi Party (AAP) led by Delhi Chief Minister Arvind Kejriwal to make public the details of foreign tours of five AAP leaders- Satyendra Jain, Ashish Khetan, Raghav Chaddha, Sanjay Singh and Durgesh Pathak.
After Mishra was sacked from Delhi Cabinet, he has waged an open war against the AAP and Kejriwal.

He also created ripples when he claimed that he had seen Kejriwal accepting Rs 2 crore in cash from Delhi Minister Satyendra Jain.