India   All India  13 May 2018  Modi’s temple run in Nepal to influence voters: Congress
India, All India

The Pashupatinath temple is regarded as the most sacred and the oldest temple of Shiva (Pashupati) in Nepal. 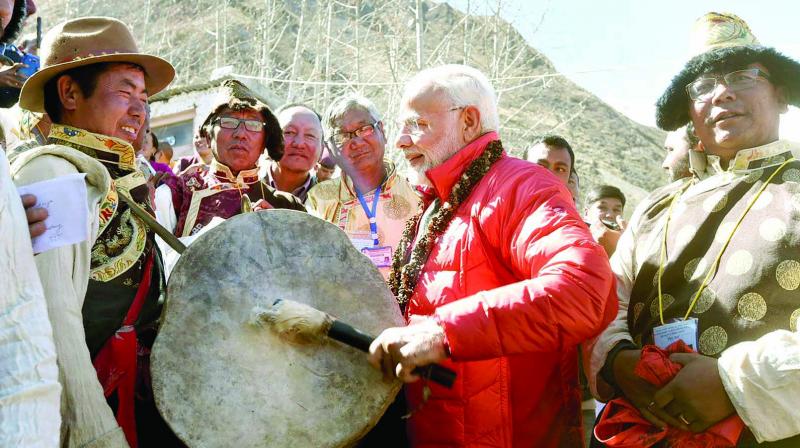 New Delhi/Kathmandu: Accusing Prime Minister Narendra Modi of trying to “influence” voters in Karnataka on polling day through his temple visits in Nepal, the Congress on Saturday alleged that the PM timed his visit to the Himalayan nation on the Karnataka poll date and was “sending out a message to Hindus” in the southern state. The external affairs ministry, however, refuted this allegation and said Mr Modi’s visit to Nepal was decided soon after K.P. Sharma Oli’s election as the Prime Minister.

Senior Congress leader Ashok Gehlot alleged that Mr Modi had timed his visit to the Himalayan nation on the Karnataka poll dates, and was “sending a message to Hindus” in the southern state.  Alleging violation of the model code of conduct, he said Mr Modi’s temple visits in Nepal were being aired on the day of polling in Karnataka.

“This is not a good tradition in a democracy. In Gujarat also, he held a road show after voting. Today, he has adopted a new path. When Karnataka is polling, he has gone to Nepal and is worshipping in temples there, as he could not do so in the southern state due to elections,” Mr Gehlot said. The AICC general secretary said Mr Modi, through his temple visits, was giving out a message to voters in Karnataka on how religious he is and what a staunch Hindu he is.

“According to Mr Modi, no one other than the people of BJP, the RSS, Amit Shah and him qualify as Hindus,” he said.

Responding to a question on the issue, foreign secretary Vijay Gokhale, in Kathmandu, said Mr Modi had telephoned Prime Minister Oli, who was sworn to the post on February 15, to congratulate him and the visits were discussed then. “Whenever state visits take place they are decided as per the convenience of the two nations. No one but the Prime Minister alone can say that I will come at this time...So, don’t focus on the dates, but focus on the content of this visit,” he said.

The former Rajasthan chief minister, however, remained unconvinced with the MEA’s explanation on the dates and reiterated that the PM had timed his Nepal visit to coincide with the Karnataka polls.