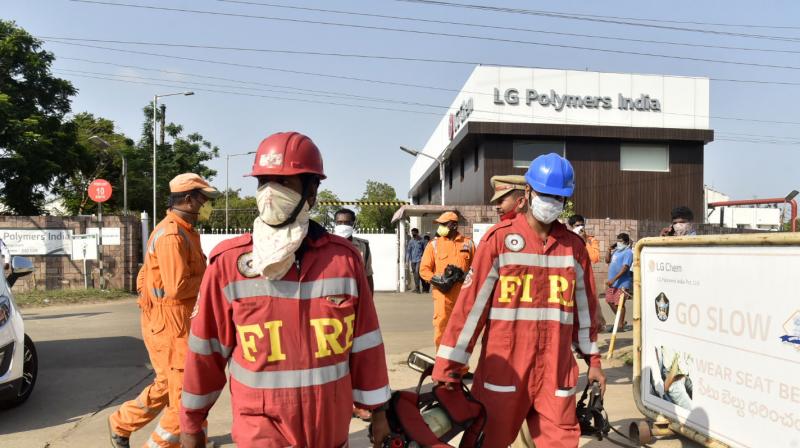 Firefighters walk with oxygen cylinders outside LG Polymers plant, the site of a chemical gas leak, in Vishakhapatnam. (AP)

Seoul: South Korea’s LG Chem said on Wednesday that it had sent a delegation to India to investigate the cause of a toxic gas leak at its chemical plant there that killed 11 people and forced 800 into hospital for treatment from poisoning.

The accident occurred some 14 km (9 miles) inland from the east coast city of Visakhapatnam, in the southern state of Andhra Pradesh, at a plant operated by LG Polymers, a unit of South Korea’s biggest petrochemical maker, LG Chem.