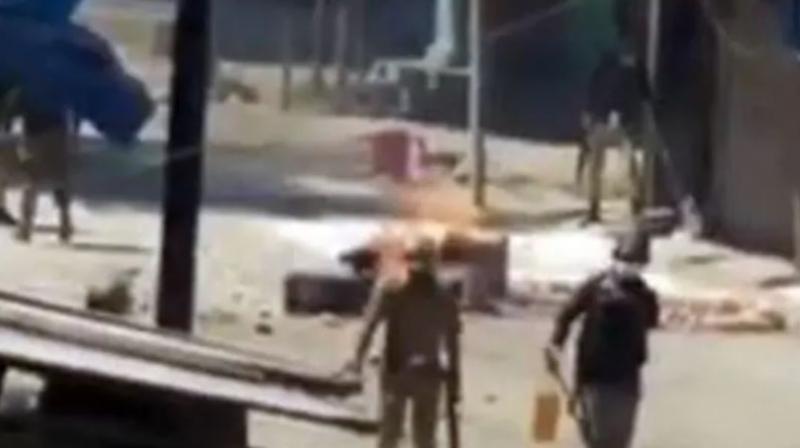 A screengrab from the video.

Srinagar: A video purportedly showing policemen damaging shops and houses of people in a village in Jammu and Kashmir's Budgam district after a deputy superintendent of police got injured in clashes there last week has gone viral on social media.

In the little over two-minute video, the policemen are seen vandalising and ransacking the shops and houses of civilians in Nasrullahpora, a village 11 kms away from here, in central Kashmir's Budgam district.

The alleged incident took place on Friday last week after Deputy Superintendent of Police Fayaz Hussain sustained a head injury during stone-pelting by miscreants in the locality.

The locals have alleged that the policemen vandalised and ransacked several houses, shops and cars, and also destroyed household goods.

There was no comment from police over the alleged incident as Inspector General of Police (IGP), Kashmir, Vijay Kumar did not respond to calls and messages on his number. P