Last week, a three-judge bench refused to pass any interim order and said the issue had to be decided only by the Constitution bench. 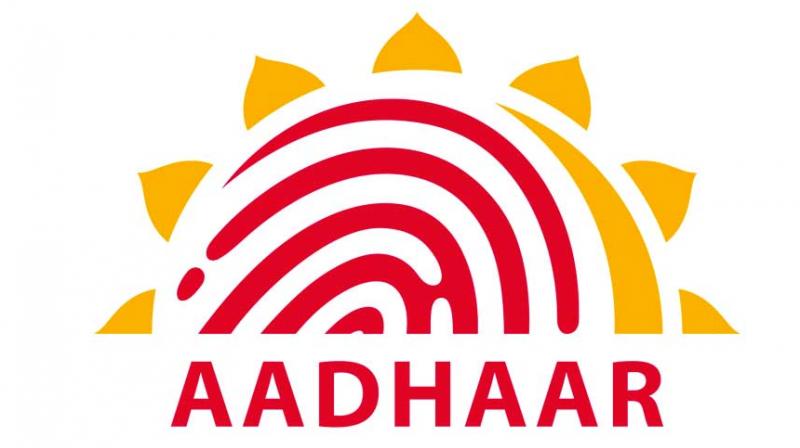 It was argued that Aadhaar card is an invasion of privacy and a terrible violation of basic human rights.

New Delhi: A five-judge Constitution Bench of the Supreme Court will hear from July 18 whether collection of biometric information, like fingerprints and iris, for the purpose of obtaining Aadhaar card will violate the fundamental right to privacy.

A bench of Chief Justice J.S. Khehar and Justices D.Y. Chandrachud agreed to set up the larger bench for hearing on July 18 on a “mention” made by attorney-general K.K. Venugopal and senior counsel Shyam Divan pleading for early listing of the matter.

Last week, a three-judge bench refused to pass any interim order and said the issue had to be decided only by the Constitution bench. The A-G said earlier eight-judge bench had held that right to privacy is not a fundamental right.

In a batch of petitions, the validity of Aadhaar card had been questioned on the ground that there are no safeguards or penalties for obtaining personal information.

They contended that the collection of biometric data and iris scan violated the fundamental right to privacy as personal data was not protected, and was vulnerable to exposure and misuse.

It was argued that Aadhaar card is an invasion of privacy and a terrible violation of basic human rights. When it comes to protection of fundamental rights, there is no question of voluntariness. The petitioners said “the avowed objectives of UID scheme are itself farcical and the entire exercise is nothing but colossal waste of public money and exposes India’s vulnerabilities, and in fact for introduction of the UID project which affects and abridges the rights of citizens.

They submitted that the collection of personal data under the National Population Register in terms of Section 14-A of the Citizenship Act, 1955 was violative of Articles 14 and 21 of the Constitution and it suffered from the vice of excessive delegation. The collection of such data did not prescribe to what extent private information of citizens would be required and it had been left to the discretion of executive.

It is the stand of the Centre that right to privacy is not absolute and Aadhaar card is in no way infringing on the right to privacy. It said about 115 crore people had already been issued Aadhaar card and by this method lakhs of fake ration cardholders had been eliminated and Rs. 56,000 crore had been saved. The real person to whom the services are provided had been identified and if someone wants to use Aadhaar card voluntarily to avail greater benefits even at the cost of waiving his right to privacy, why should this court stand in the way.