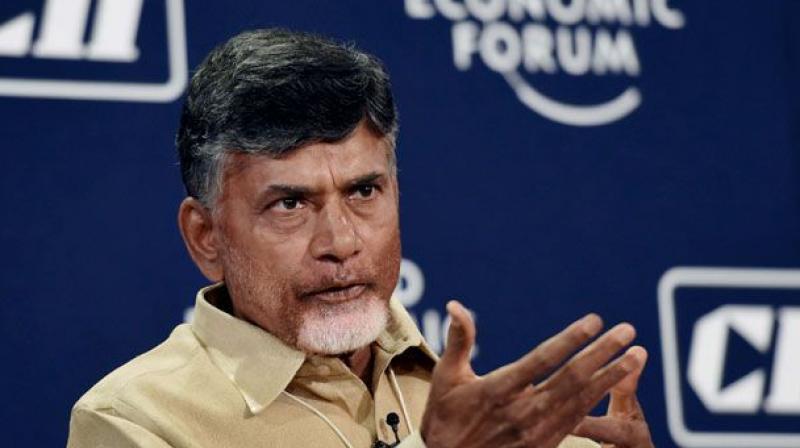 Naidu on Thursday instructed party MP's to garner the support of all political parties except the BJP and Congress. (Photo: File)

Vijayawada: In a bid to intensify its demands to achieve special category status (SCS) for Andhra Pradesh, Chief Minister Chandrababu Naidu's Telugu Desam Party are set to move a no-confidence motion in the upcoming monsoon session of the Parliament.

According to reports, Naidu on Thursday instructed party MP's to garner the support of all political parties except the BJP and Congress.

The TDP led Andhra Pradesh government had filed an affidavit in the Supreme Court in June claiming non-fulfillment of promises made by the BJP-led Union government at the time of bifurcation of the old state of Andhra Pradesh.

The AP government alleged that the SCS issue was put aside by the Union government and funds were not allocated to AP at par with SCS funds given to other states.