Denial of Indian visa to UK MP kicks off storm

The MEA also accused Lord Carlile of having planned to create problems in ties between India and Bangladesh. 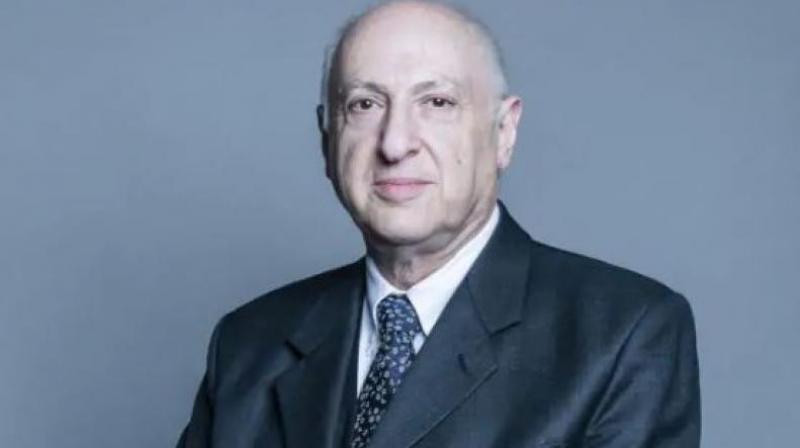 The MEA spokesperson said Lord Carlile had been told in advance in London itself that his visa was not valid, but yet he chose to travel. (Photo: beta.parliament.uk)

New Delhi: Lord Alexander Carlile, British MP and legal adviser to Bangladesh Opposition leader Begum Khaleda Zia, was on Wednesday night denied entry into India on his arrival in New Delhi for not having the appropriate Indian visa, with MEA spokesperson Raveesh Kumar saying Lord Carlile’s intended activity in India was incompatible with the purpose of his visit as mentioned in his visa application.

The MEA also accused Lord Carlile of having planned to create problems in ties between India and Bangladesh. The MEA spokesperson said Lord Carlile had been told in advance in London itself that his visa was not valid, but yet he chose to travel.

Sources said Lord Carlile’s e-visa had been revoked earlier by the Indian authorities. The MEA said that when Lord Carlile landed in New Delhi, he already had a return boarding pass on a flight two hours later to London, indicating that he knew clearly that he was not going to be allowed into India for his intended activity.

Lord Carlile was reportedly going to address a press conference in New Delhi on issues pertaining to the treatment meted out to the Bangladesh Nationalist Party (BNP) Opposition leader by Bangladesh authorities. Lord Carlile, meanwhile, alleged that he was denied entry into India under pressure from the Bangladeshi government.

A home ministry official was quoted by news agencies as saying, “Addressing a press conference is a political act. No country issues visa for indulging in political activities. Lord Carlile’s visa was not for addressing the press.”

On Thursday, the MEA spokesperson said, “He (Lord Carlile) arrived last night. He is a British lawyer. He did not have the appropriate valid visa... It is important to understand that whatever you are filling up in the application form, as your intended purpose of the journey should match with what you are actually going to do with the ground.”