US, India 2+2 dialogue to be held in first week of September: Sitharaman

The agenda will be to develop and strengthen strategic defence cooperation. 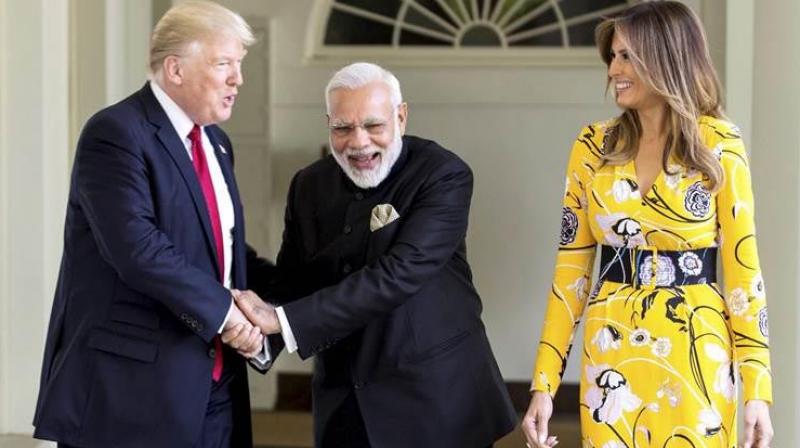 The United States postponed the talks twice but later said it was a priority. (Photo: File/PTI)

New Delhi: India will hold a top-level strategic dialogue with the United States in the first week of September, defence minister Nirmala Sitharaman said on Friday, after the United States last month postponed the meeting for the second time this year.

The United States postponed the talks twice but later said it was a priority.

“The 2+2 dialogue with the US is to happen in the first week of September,” defence minister Nirmala Sitharaman told the television news agency ANI, a Reuters affiliate.

“The agenda will be to develop and strengthen strategic defence cooperation.”

US secretary of state Mike Pompeo and Defense Secretary Jim Mattis had been scheduled to hold joint talks with their Indian counterparts in Washington on July 6.

But Pompeo postponed the meeting because of “unavoidable reasons”, the external affairs ministry said last month.

The meeting was originally planned for April but had to be put off because Trump fired secretary of state Rex Tillerson the previous month and Pompeo went through confirmation hearings before the US Congress.

Trump and Modi took great pains to stress the importance of a strong US-Indian relationship when they met in Washington a year ago.

But trade differences between the two countries have increased in recent months. In June, India raised duties on US farm products in retaliation for Trump’s tariff increases on steel and aluminium.