Army chief General said there has been no intrusion by the Chinese in Ladakh's Demchok sector. 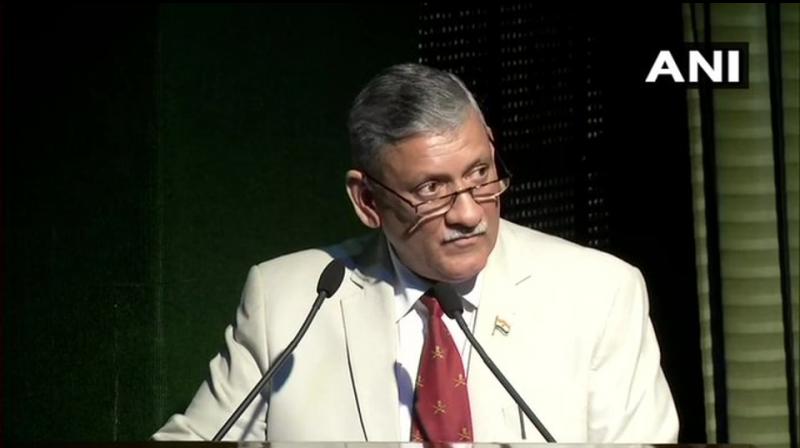 New Delhi: Marking the 20th anniversary of Kargil conflict, Army Chief General Bipin Rawat addressed a seminar in Delhi on Saturday. Speaking at the seminar he said future conflicts will be more violent and unpredictable where importance of human factor shall remain undiminished due to technology.

“Technology would play a key role in a large asymmetric component leading to now what is being termed 'hybrid war'. Our soldiers are and will remain our primary assets,” said Army chief.

Sending a stern message to Pakistan, he said, “Pakistan Army time and again resorts to misadventure either through flawed proxy wars and state sponsored terror or intrusions. Indian Army stands resolute to defend our territory. Let there be no doubt that any misadventure will be repelled with a punitive response.”

“Despite several odds including several operations conducted on arduous terrain and diplomatic necessities, the valiant forces and nation was proud in achieving a resounding victory,” he added.

Surgical strikes post-Uri and Balakot have amply demonstrated our political and military resolve against terror. Any act of terror will not go unpunished," he said.

Army chief General said there has been no intrusion by the Chinese in Ladakh's Demchok sector.

"There is no intrusion," Rawat said on the sidelines of an event. His statement comes amidst reports of Chinese soldiers crossing the Line of Actual Control (LAC) last week after some Tibetans hoisted Tibetan flags on the occasion of Dalai Lama's birthday on July 6.

"Chinese come and patrol to their perceived Line of Actual Control...we try and prevent them. But at times there are celebrations that take place at the local levels. Celebrations were going on our side by our Tibetans in the Demchok sector. Based on that, some Chinese also came to see what was happening. But there has been no intrusions. Everything is normal," the Army chief said.

India and China share a disputed border and the armies of the two countries were engaged in a stand-off for 73 days in 2017 in Doklam.